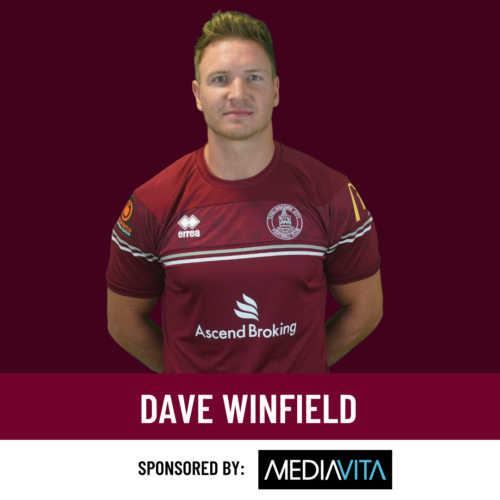 Experienced central defender who re-joined the Clarets in July 2021 after a previous spell between October and December 2019. Winfield started with hometown club Aldershot where he won promotion to the Football League in 2008 and then moved to Wycombe Wanderers in 2010 where he won promotion to League One in 2011. After spells at York, Shrewsbury, and Wimbledon in the Football League he joined Ebbsfleet United and led them to playoff victory from the National League South in 2017 including scoring the equalising goal against the Clarets in the Playoff Final. He was named club captain of Chelmsford in November 2021.