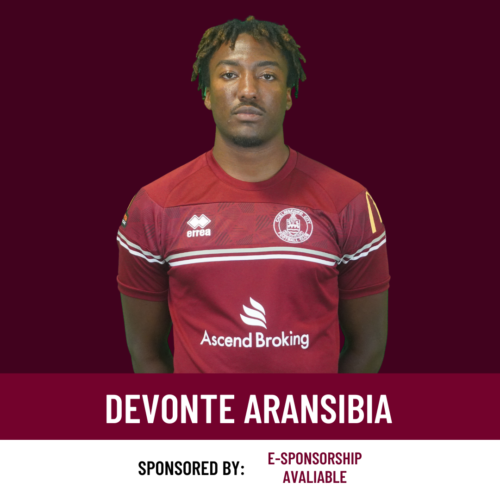 Devonte, 23, came through the academy at Norwich City, but then had a loan spell in the Vanarama National League South with Billericay Town during the 2018-19 season, during which time he appeared home and away against Chelmsford City. Aransibia scored once in 9 appearances for Billericay in the league, that goal being a strike in a 2-0 away win at Eastbourne Borough. After several appearances for Norwich’s U23 side, Devonte moved on to Isthmian Premier side Kingstonian and then moved on to another Isthmian Premier outfit in the shape of Potters Bar. After performing well for the Scholars, Devonte moved on to Royston for the latter part of last season and impressed for the Crows, scoring 5 goals in 9 appearances. The midfielder is also following in the footsteps of his father, Andy, who briefly played for the Clarets during the 2004/05 season when we were ground-sharing with Billericay.