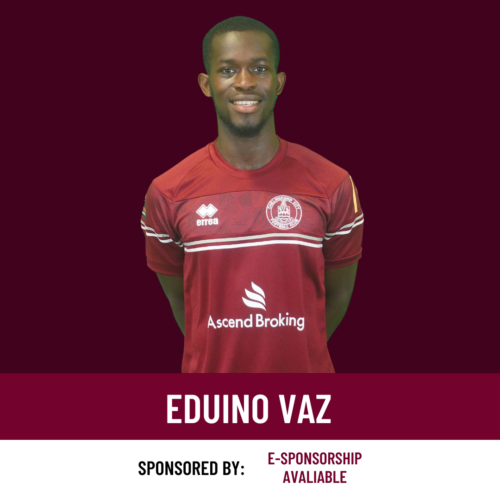 Eduino Vaz signed National League forms to play for the First Team after impressing with the Reserves in January 2022. Born in the West African country of Guinea-Bissau, Vaz first moved to Portugal before arriving in England in 2015. The 19-year-old, who has predominantly played at left-back but can play anywhere up the left side of the pitch, first played for the Clarets at the under-16 level. Spells with other local sides followed before Vaz moved to Bowers & Pitsea’s under-23s and went on to make some first-team appearances for Bowers earlier this season. He then linked up with Marc Stephan and Elliot Thompson in the Clarets’ Reserves for several outings in the Essex & Suffolk Border League Premier Division.