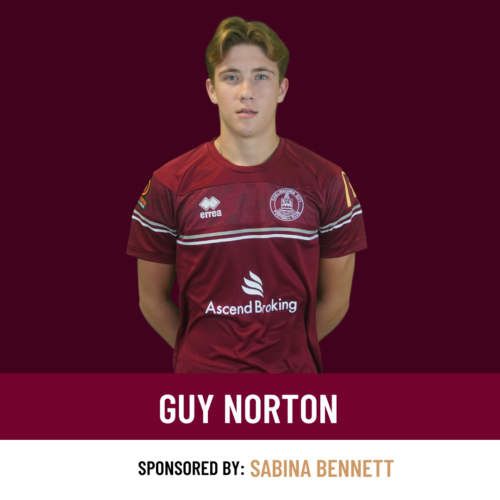 Young left back who signed for the Clarets’ first team in May 2020 after being promoted from the club’s under 18 squad. He was loaned to Isthmian North outfit Witham Town in September 2020 and then joined Brantham Athletic on loan the following month. He made his first team debut in February 2021 against Oxford City and made 14 appearances last season for the club. Guy is currently on loan at Hullbridge Sports.