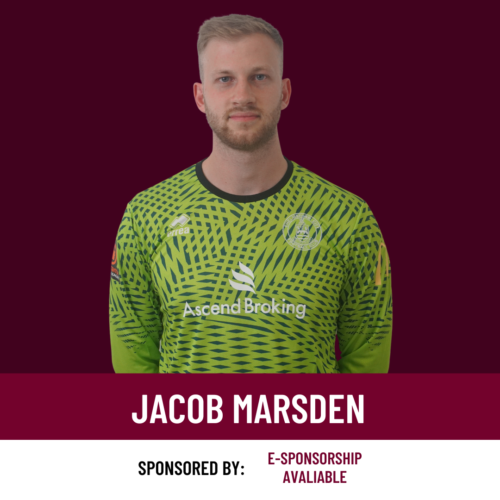 Jacob joined us in September 2020 after impressing whilst on trial in pre-season. The goalkeeper, 25, started off as an academy player at Ipswich Town before then playing for Leiston and St Ives. He has also appeared in the Scottish Premiership for Hamilton Academical. He spent the 2020/21 season on dual-registration with step 4 side Heybridge Swifts and in April 2021, signed a 1-year contract extension with the Clarets, with an option for a further year included. He made 31 appearances for the club last season.