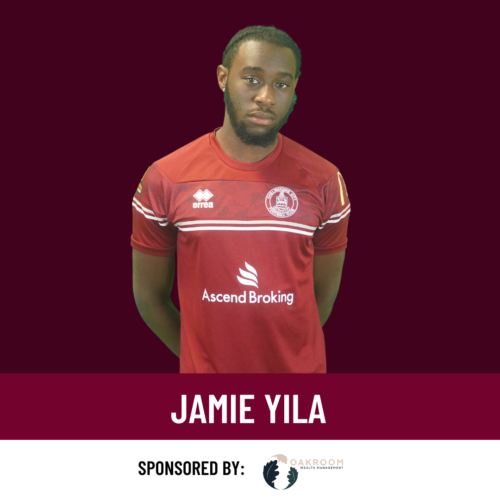 Jamie signed for Chelmsford in July from Cray Wanderers. Before appearing for Cray, he played for Fisher Athletic and Tower Hamlets, and then signed for the Wands after impressing against them in the FA Cup and in a subsequent pre-season trial. Yila, 21, scored 12 goals last season for Cray Wanderers in 40 appearances, which included an impressive brace against Vanarama National League South playoff finalists Ebbsfleet United when Wanderers knocked the Fleet out of the FA Trophy.