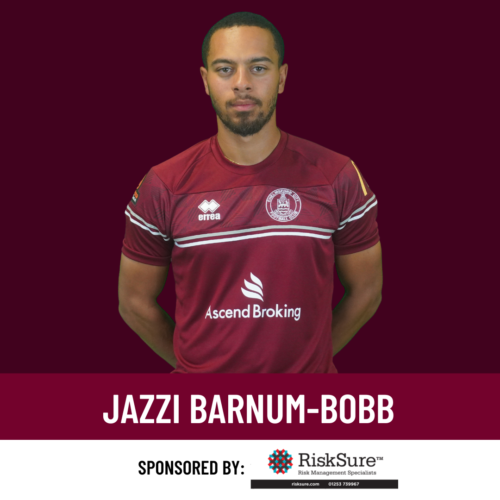 Jazzi returned to the club in July 2022 for a second spell. Barnum-Bobb, 27, started off in the academy at Watford, and then had a spell over the border in Wales, appearing for both Cardiff City and then Newport County, initially on loan before making his move to Rodney Parade permanent. He then joined Chelmsford City in March 2018 and impressed with his all-round defensive ability, eventually making 31 league appearances for the club before departing for the National League and Wrexham. He returned to the National League South with Dartford, before making 22 league appearances last season for Dulwich. He has also won international caps for Saint Vincent and the Grenadines.