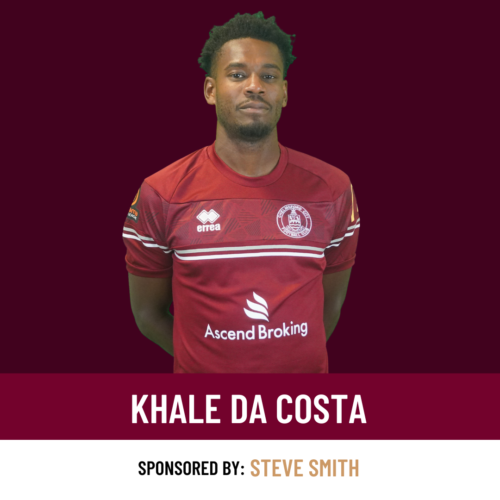 Khale, 28, has a wealth of experience at the Vanarama National League South level, having appeared for St Albans City, Concord Rangers, Tonbridge Angels and Braintree Town. He also had a spell at National League club Dover Athletic. He came through the academies at Fulham and Luton but then progressed to Harlow, Ware and Hendon before making the leap up to National League South level with Concord. Chelmsford City fans may remember Khale as he has scored twice against us in the past, one a spectacular lob for St Albans in April 2019, and then a well taken driven shot against the Clarets for Tonbridge in October of the same year, a game well remembered by Chelmsford fans, as the Clarets scored two goals in injury time to snatch the points at the Longmead Stadium.