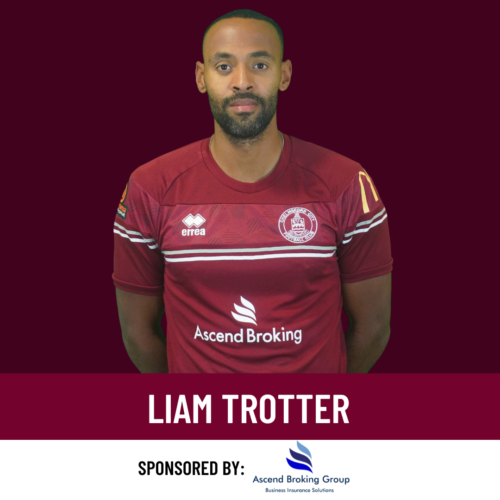 Trotter, 33, comes with a wealth of experience in the football league, having appeared in the Championship and League One for the majority of his career. He is known for having a keen eye for goal, with a wide range of passing and will bring strength to the Clarets midfield standing at 6′ 4″. He started with his hometown team Ipswich and won the 2005 FA Youth Cup with the Tractor Boys. While at Ipswich, Trotter had loans to Millwall twice, as well as at Scunthorpe United and Grimsby Town. During his time at Scunthorpe, Liam appeared from the bench against Millwall in the 2009 League One Playoff Final at Wembley, which Scunthorpe won 3-2. However, during his second loan spell at Millwall, Trotter again played at Wembley in the League One Playoff Final and was once again successful as Millwall beat Swindon 1-0 in 2010. After this Trotter made a permanent move to the Den and was a mainstay in the Lions’ midfield for over 3 seasons, which included a spell as captain. He then made a loan move to Bolton, which was made permanent in 2014. Trotter was with Wanderers for another 3 years, save a half-season sojourn at Nottingham Forest on loan. Trotter then dropped back to League One, joining AFC Wimbledon in 2017. He made 70 appearances for the Dons, which once again included a spell captaining the side. After a brief move to the USA to play for Orange County, Trotter came back to England to join National League Side Bromley. He made 63 league appearances and his last game for the Ravens was notable as he appeared from the bench at Wembley once again to help Bromley overcome Wrexham in last month’s FA Trophy final.