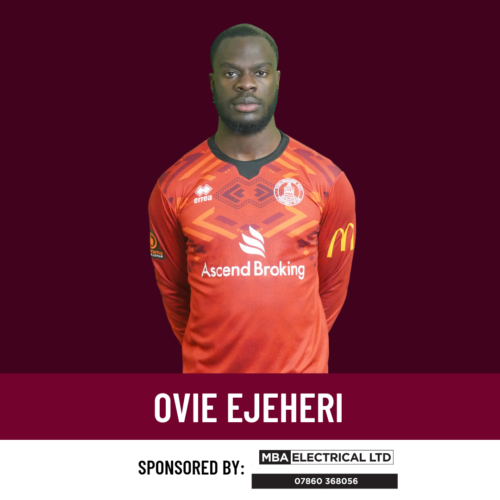 Ovie has joined on loan from Premier League side Arsenal until January 2023. Ejeheri, 19, signed his professional contract with the Gunners in August 2021 after playing for their Under 18s side, and then progressed last season into the Under 23s, making 8 appearances in the Premier League 2. He appeared in the FA Youth Cup for Arsenal in the 2020-21 season, playing 4 matches as they made the quarterfinals. Last season he played for Arsenal U23s in the Papa John’s Trophy, with Ejeheri playing against Wigan Athletic, Ipswich Town, Newport County and Swindon Town.