A tight game with an extraordinary ending saw Chelmsford City keep their fourth clean sheet in a row as well as climbing the table, reaching the heights of 3rd. The game was on a knife edge from start to finish but it proved to be Chelmsford who showed why they were chasing the playoff spots compared to Cheshunt’s 10 game losing streak. Ultimately, it was City who struck revenge for the 1-2 defeat to Cheshunt last year in the second round of the FA Trophy.

Robbie Simpson made 5 changes after the 5-0 win on our trip to Romford last weekend, with Tom Blackwell getting into the starting eleven after scoring City’s fifth last weekend. Frankie Terry’s solid performance last Saturday saw him keep his spot as City reverted to a back 3 formation with the return of captain Dave Winfield amongst the changes. The proposed 11 did not all feature as Khale Da Costa suffered a worrying ankle injury within the warmup, meaning Jazzi Barnum-Bobb was called up to the starting XI with Freddie Hockey coming on to the bench.

Chelmsford started the first half better than Cheshunt with Jamie Yila at the forefront of a lot of City’s play as he tested the Cheshunt defenders multiple times along City’s left hand side. City’s dominant start was slowed due to a few worrying injury concerns with Dave Winfield, Henry Ochieng and Frankie Terry all requiring treatment for 3 separate incidents within the first 20 minutes. Cheshunt soon grew into the game with the use of Zack Newton’s long throw being utilised on multiple occasions within the first half. These came to nothing due to the aerial presence of Dave Winfield and Adebola Oluwo pulling Chelmsford through. Newton seemed to be one of Cheshunt’s key men with multiple passages of play seeing him dictate the play as he linked up with Brandon Adams and Chris Harris, but nothing that City keeper Ovie Ejeheri was not up the the task of.

However, the best of the first half arrived at the tale end of the 45 minutes but not for City as Josh Bohui was brought down just inside the City penalty area by Henry Ochieng and the referee had no hesitation in pointing to the penalty spot. Brandon Adams took responsibility and fired the spot kick bottom left corner only for it to be greeted by the hands of on-loan Arsenal keeper Ovie Ejeheri who saved his second consecutive penalty, after he denied Hisham Kasimu from 12 yards away against Farnborough. City then went up the other end and produced their best chance of the half with Kai Yearn and Simeon Jackson linking up only for Jackson to fire his effort well over Joe Rose’s crossbar. In the remaining seconds of the half Dave Winfield talked his way into a yellow card as the referee brought an end to a goalless first half at the EMG inspire stadium.

It was a fiery start to the second half as Cheshunt gave away a series of free kicks and somehow escaped their first card of the game. The assault of Newton’s throws continued to rain down on the City box, however, once again the defence was more than capable of dealing with it. A quick series of passes lead to Simeon Jackson being played in but the Canadian striker struggled to find the net from an angle but forced Rose into a good save. Just under 20 minutes into the second half Robbie turned to his bench in order to change the outcome of the game as Frankie Terry and Kai Yearn making way for Eduino Vaz and Charlie Ruff who both started at Romford.

The subs proved to change the game as link up between Vaz and Ruff presented City with a great chance as Ruff found himself with a shooting opportunity only to fire high and wide of the Cheshunt goal. Vaz and Ruff were key in many of City’s moves but they were just lacking a bit of end product and Cheshunt’s game plan of slowing the pace of the game halted City’s process. With just over 10 minutes to go, Robbie made his final roll of the dice as Jamie Yila made way for striker Harry Lodovica to try and make an impact. Lodovica was immediately involved as he was bundled over and winded within seconds of making an entrance. Cheshunt started to tire and gave away more and more pointless and preventable free kicks.

In the 87th minute Eduino Vaz’s free kicked ricocheted within the box, falling to Dave Winfield and ending up at the feet of Henry Ochieng who curled his effort perfectly into the bottom right hand corner and sent City into a 1-0 lead with less than 5 minutes to play. The ground erupted in celebration as City’s pressure finally paid off. Cheshunt’s tails rose as they threw men forward in an attempt to get an equaliser, but City caught them out as Simeon Jackson’s excellently placed clearance found Harry Lodovica  on the right hand side and supported by Charlie Ruff. Lodovica knocked the ball inside and Ruff struck the ball and, taking a small deflection, the ball ended up in the back of the net, sending City’s fans wild as all 3 points were all but in the bag.

Late on the away side’s misery was compounded when the linesman, he saw something he evidently did not like as he call the referee over and, eventually the referee gave Cheshunt’s number 5, Taylor McKenzie his marching orders for a clash with City skipper Dave Winfield. City played out the remaining seconds before referee George Laflin brought an end to what was a miserable trip for the travelling Cheshunt fans but yet another resilient and professional performance from Robbie Simpson’s men. City go into next weekends FA cup Fourth qualifying round tie against Vanarama National League side Aldershot Town, 6 games unbeaten in all competitions and high on confidence, as they rightly should be.

Man of the Match: Ovie Ejeheri 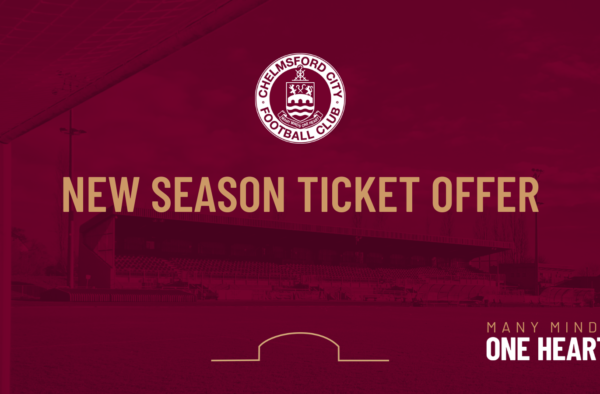 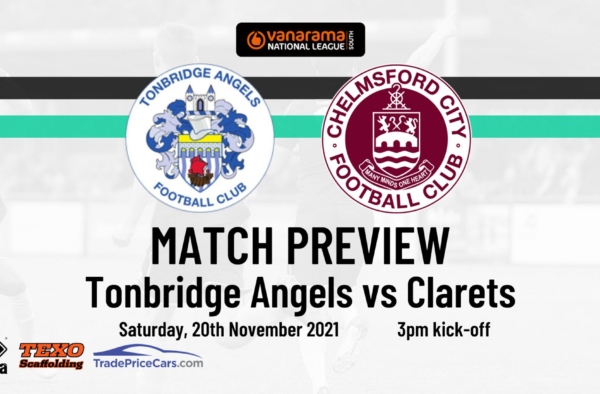