The original amateur Chelmsford club originated in the County town in 1878 and moved to their New Writtle Street ground in 1922, however, when that club folded after sixty years the present club was formed as a professional side in 1938. Immediately, they were admitted to the Southern League as one of five new sides that increased the membership to 23.

Under the leadership of Billy Walker, the team quickly made a mark and in that first season reached the fourth round of the FA Cup after knocking out both Darlington and Southampton before going out to Birmingham City at St Andrew’s in front of 44,494 fans, but league form suffered and the Club finished in 10th place. 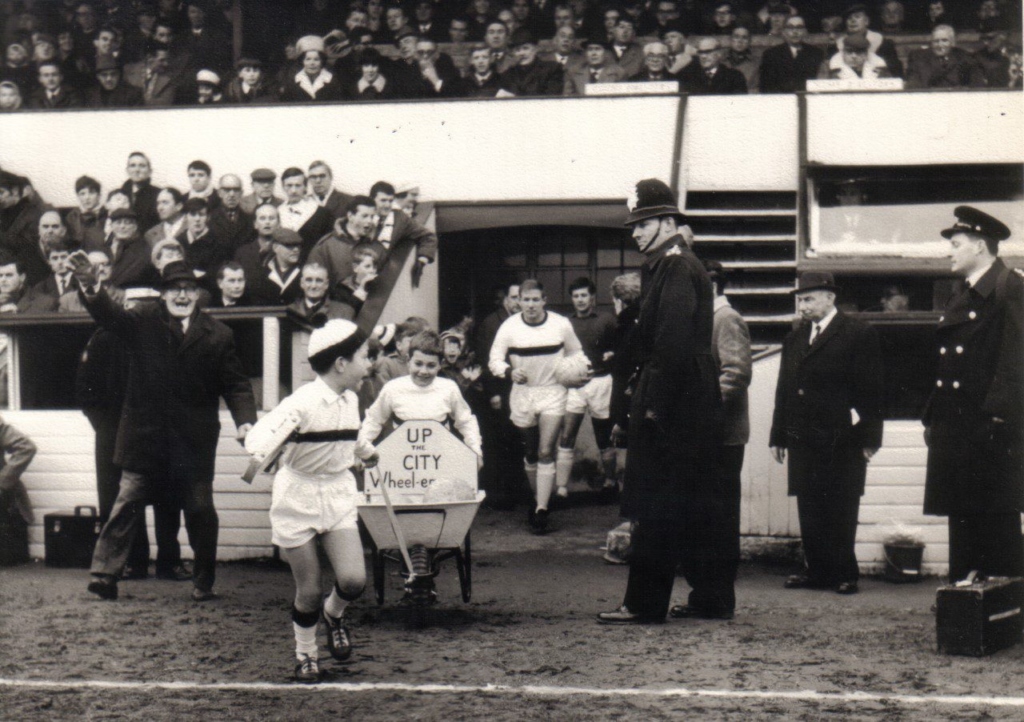 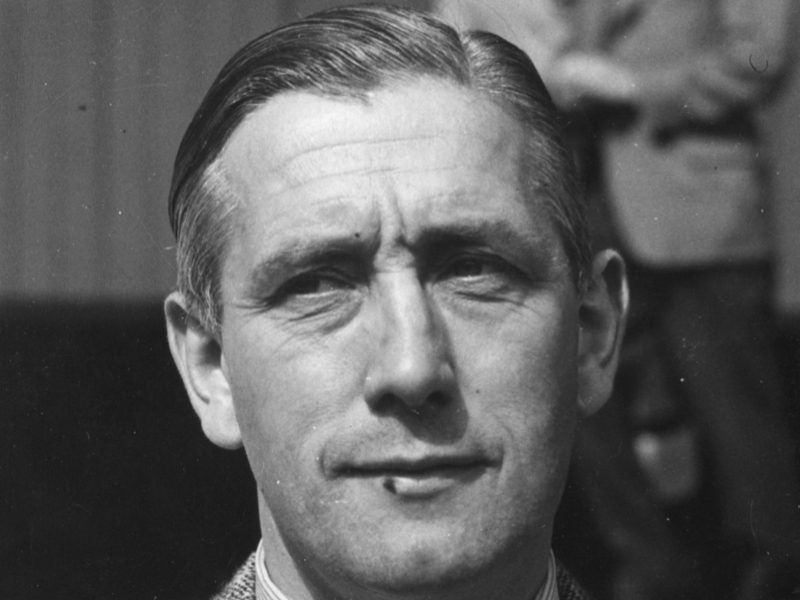 In the next phase of the Club’s early life after reforming in 1938, Arthur Rowe would play a vital role following World War Two.

The outbreak of war meant that football was severely curtailed, however, in the Southern League’s only wartime season in 1939/40, Chelmsford won the Eastern Section and drew the play-off with the Western Section winners Lovells Athletic. In that season, City also reached the final of the League Cup where they lost both legs to Worcester City.

The Club was quick to reform and under Arthur Rowe, who was later to rise to fame with Tottenham Hotspur, they won the championship in season 1945/46, pipping Hereford United to the title. City went on to complete a famous double by winning the League Cup and gaining revenge against Worcester City, thumping them 6-1 at New Writtle Street after a 3-3 away draw. 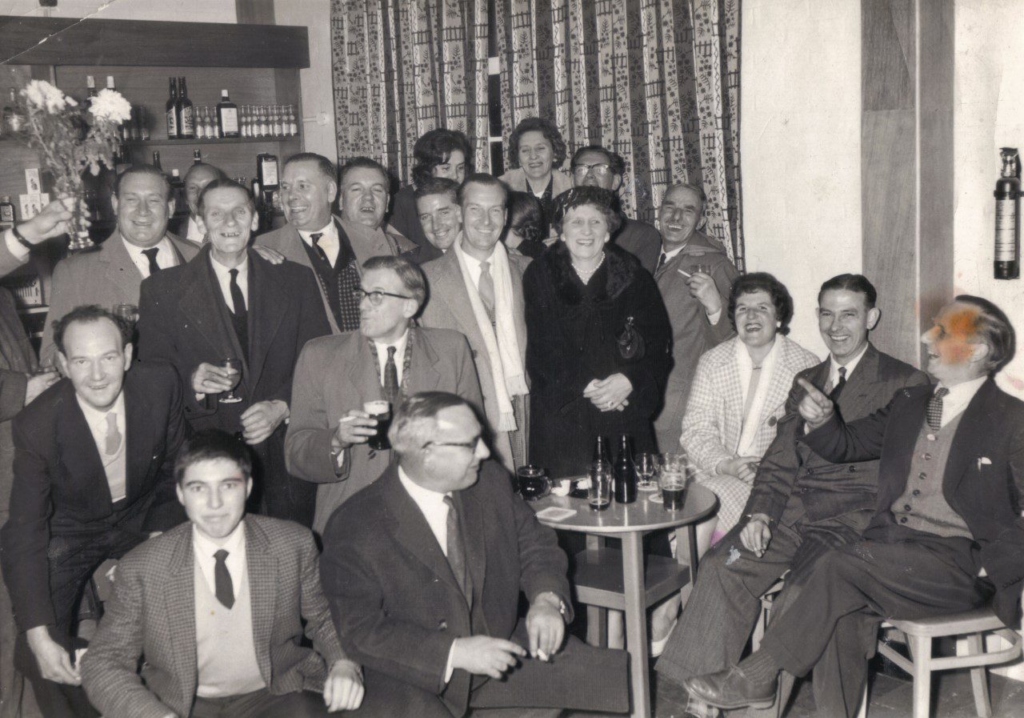 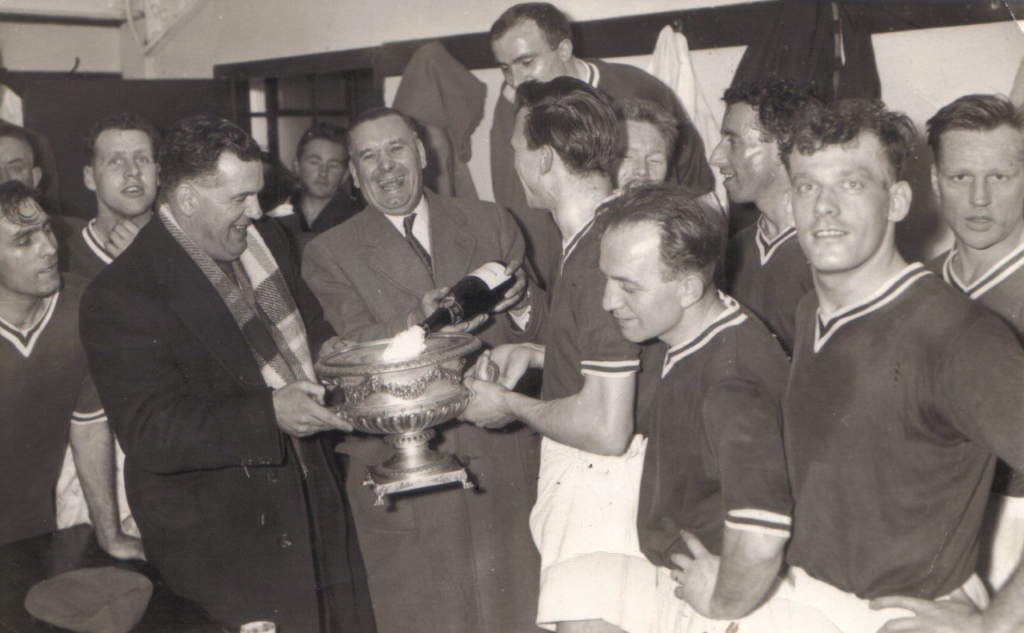 In 1955, the Club was forced to appeal to the public to raise the funds that were to keep the Clarets alive. Worcester City and the Club later met again in the 1960 final, when Chelmsford again ran out victors winning both legs by two goals to one. However, it was to be 30 years before they again lifted the trophy when Hythe Town were overcome 5-3 on aggregate in 1991.

In the FA Cup the early success was not repeated, but in 1967 Oxford United were defeated albeit by a lone goal at the third attempt after two 3-3 draws in the first round proper. After the Oxford victory, City were defeated at home in the second round by Colchester United in front of a crowd of well over 16,000 and in the 1970s they got to the proper rounds on several occasions, invariably going out to Football League opposition.

In 1972/73, City almost recreated the successful FA Cup run of the ’30s. A series of home draws enabled the Clarets to dispose of Hillingdon Borough (2-0) and Telford United (5-0) before Ipswich Town were entertained at New Writtle Street. 15,557 spectators saw the tie which the visitors won by three goals to one.

The Southern League title did not return to New Writtle Street until 1968 but was then repeated four years later, however, there then followed a steady decline in City’s fortunes and their first-ever relegation came in 1977 despite having a side that included a budding Nigel Spink in goal and a not-so-young Jimmy Greaves in attack.

There was not another appearance in the FA Cup proper until 1994, when City went out to Wycombe Wanderers (0-4), again reaching that stage in 1999/2000 before losing by the same scoreline at Oldham Athletic’s Boundary Park and later going out to Aldershot Town after a replay in 2006.

Off the field, the idea of using City’s stadium for greyhound racing was soon diffused when the Council demanded alterations to be made to the ground to meet safety standards, costs which were far more than City would have earned in the long run. In 1974, a £500,000 re-development of New Writtle Street to include 8,500 square feet of offices was then rejected by Council planners.

The following year, plans to include squash courts at the ground were also thrown out as City were desperately seeking money to ease a financial crisis. City reclaimed a place in the Premier Division as a consequence of the re-organisation which followed the formation of the Alliance (now the National League) and in 1986 they were almost elevated to join that elite group but finished as runners-up behind Welling United.

The ’80s saw another cup run as City twice met Gillingham away, with the results being 6-1 and 2-0. Relegation returned in 1988 but the Club’s stay in the Southern Division was short-lived and the Clarets were promoted back as champions a year later. In 1993, a supporters’ group, led by Trevor Wright, stepped in to take over the Club at the last minute following the resignation of Dennis Wakeling due to a fruitless High Court battle that effectively left Chelmsford City without a future. 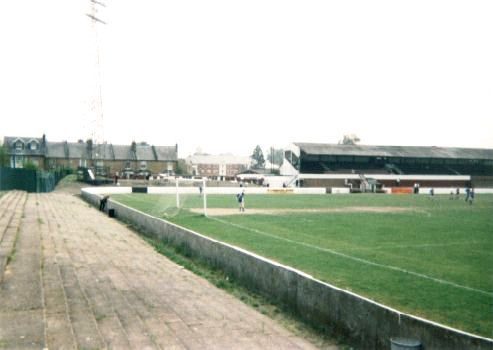 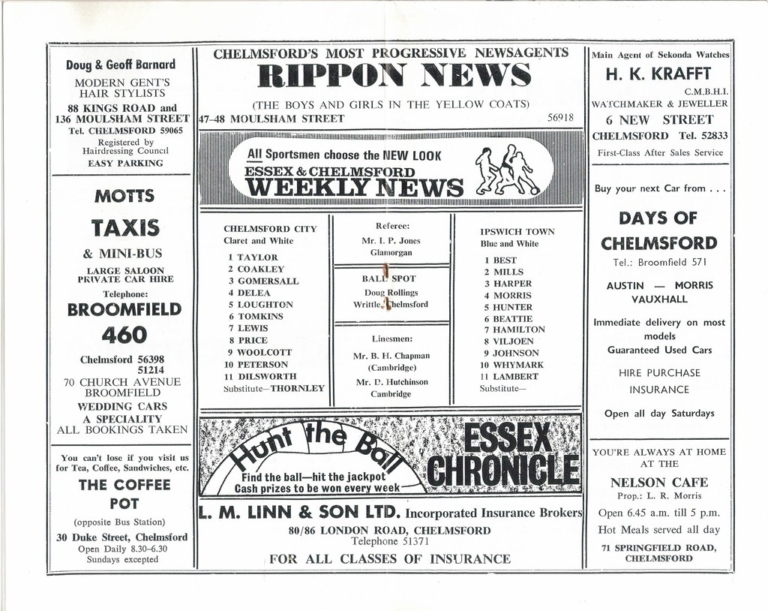 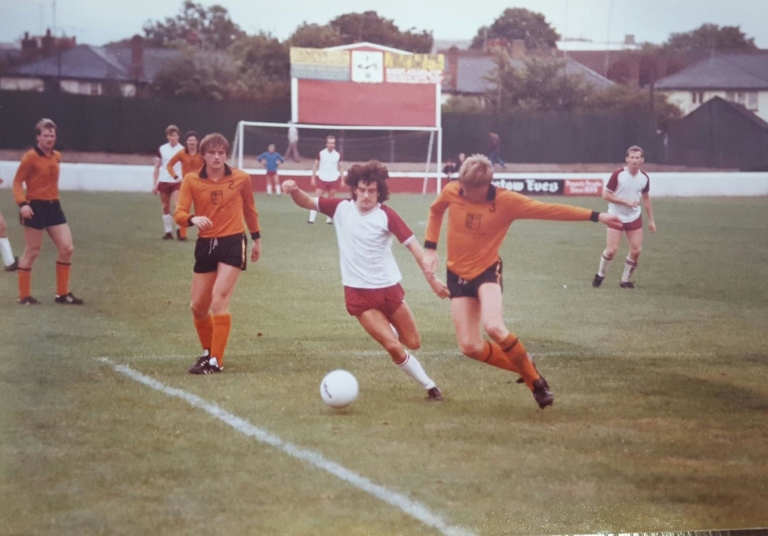 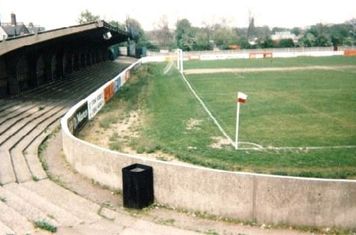 Subsequent life in the Premier Division became uncomfortable and after just avoiding the drop in four consecutive seasons, City finished bottom in 1997, despite remaining one of the best-supported sides both home and away. Since August 1997, the Club’s history has taken further new twists but none so major as the loss of the famous old New Writtle Street ground, which was sold by the official receiver.

Help, in the form of ground-sharing arrangements, came from Chelmsford’s neighbours Maldon Town and subsequently at Billericay Town – both 10 miles out of Chelmsford. In May 1998, City thought that they had achieved their immediate ambition of a return to the Premier Division when they finished 2nd to Weymouth. However, a seating technicality meant promotion was refused.

This was especially frustrating as hosts Billericay were promoted to the Premier Division of the adjacent Ryman League with no such problems. In April 2000, however, New Lodge finally received an ‘A’ grading from the Dr Marten’s League that would allow promotion to the Premier Division. A constant push for a return to the Premier Division finally bore fruit in 2000/01 and Chelmsford then spent most of the next season consolidating in mid-table, until a late slump in form saw City finish one place above the drop zone.

A reversal of that end-of-season form the following year saw the Club finish a very respectable 9th, while a rare piece of silverware came City’s way that March when they lifted the Essex Senior Cup for the first time in a decade after hammering Aveley by a 5-0 margin at Southend United’s Roots Hall ground. 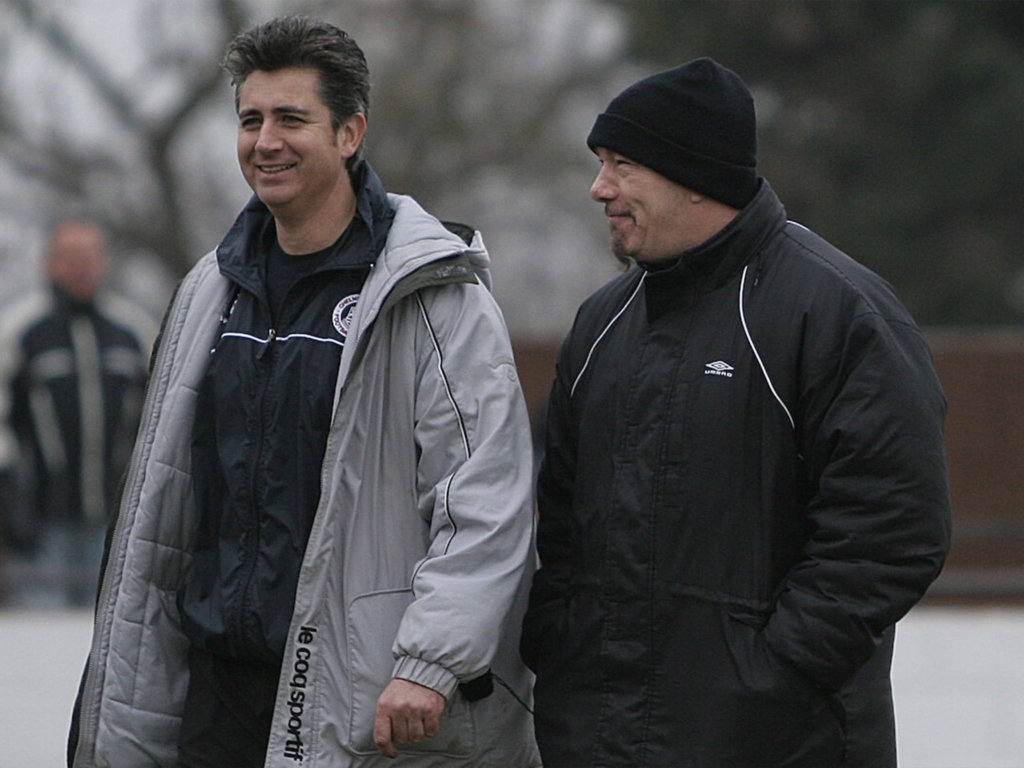 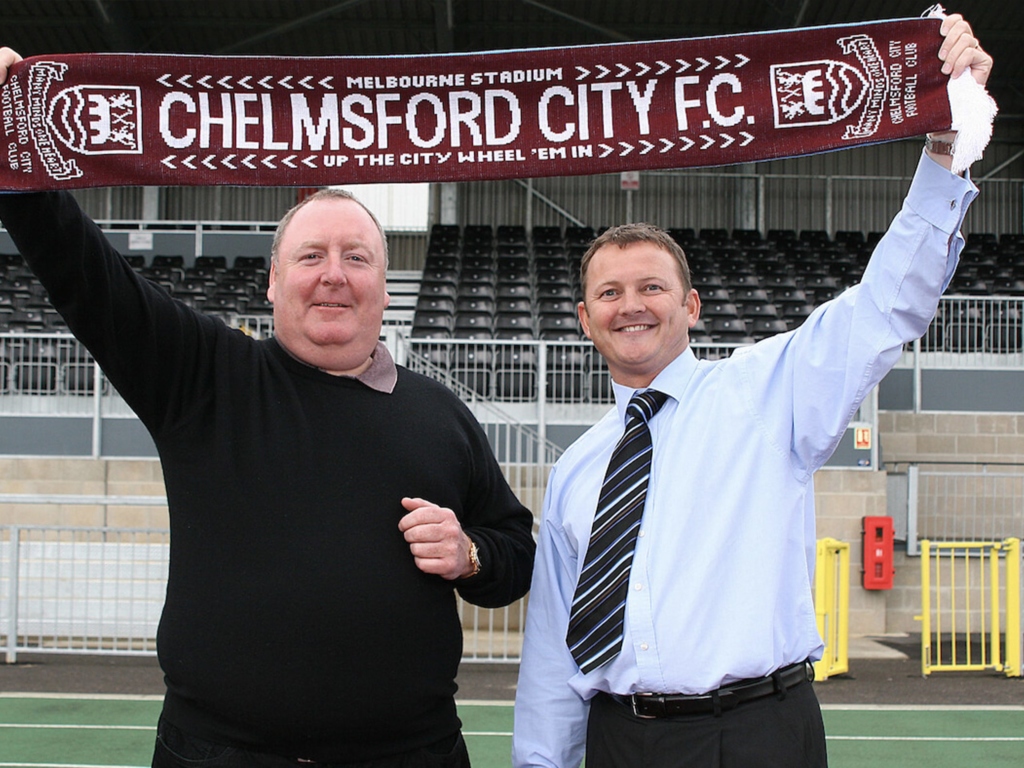 Paul Parker’s departure as Manager at the end of that season led to his replacement by former player Steve Mosely, who endured some of the most difficult years of the club’s exile, missing out on a place in the new Conference South set-up in a play-off final at Tiverton Town. He was eventually succeeded by Craig Edwards as boss, who injected life back into the squad with his brand of hard-working players who had performed well for him at previous clubs.

Edwards was proud to lead the Clarets out in their first game back in Chelmsford at a reformed Melbourne Community Stadium where a capacity crowd on 2nd January 2006 saw the culmination of the club’s toil to secure a home under the chairmanship of Paul Hopkins, a loyal Board of Directors, and with the assistance of the Council.

From that point, the Clarets have gone from strength to strength and consolidation in the top half of the Ryman League Premier Division during that campaign was followed by the arrival of former Canvey Island supremo Jeff King as Manager for the start of 2006/07. King brought a number of his talented players and backroom staff with him from Canvey, a club that had emerged from the Essex Senior League to establish itself at the top level of non-league football.

His side just missed out on promotion via the play-offs in his first season but the Ryman League championship was secured the second time around in comfortable fashion after overcoming a challenge from AFC Wimbledon. At this stage, Peter Webb had become the new Chairman at Melbourne and, despite racing to a commanding lead by the New Year in their first Blue Square South season, Chelmsford fell away and succumbed in the play-offs once more, this time to Hampton & Richmond Borough. They did, however, secure another Essex Senior Cup crown. 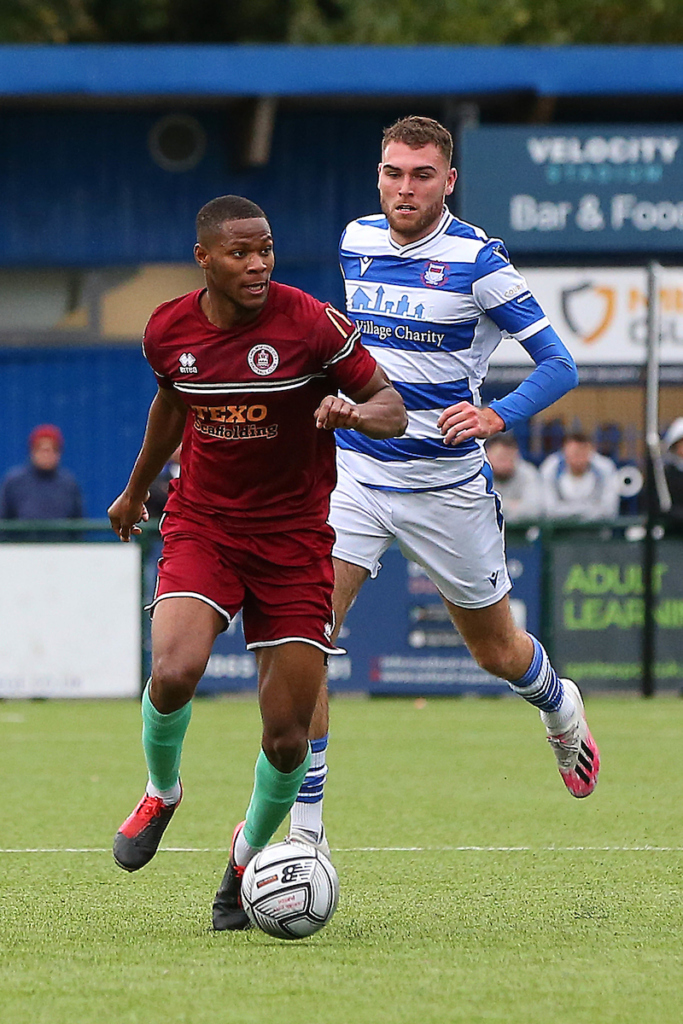 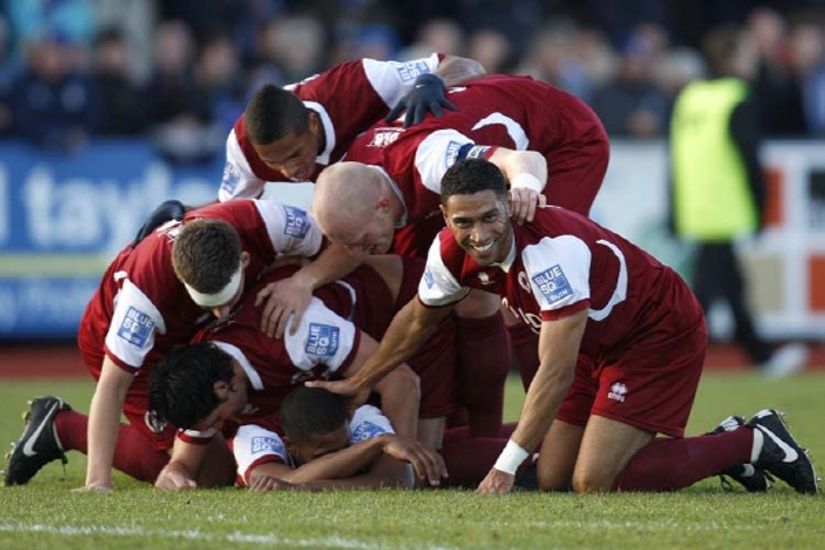 2009/10 saw the club take stock of its position, place an even higher value on youth and community work within the Borough and, with new Chairman Mansell Wallace and his Board were keen to progress and appointed Glenn Pennyfather in charge of first-team activities. Several flirtations with the play-offs proved exciting and frustrating in equal measure, but there have been plenty of positives from each campaign.

In November 2012, Colchester United were beaten 3-1 in an FA Cup first round tie, the first time the Club had beaten a Football League side since 1967. Although the Club lost at Crawley Town in the second round, it was the second season in a row that that particular round had been reached. 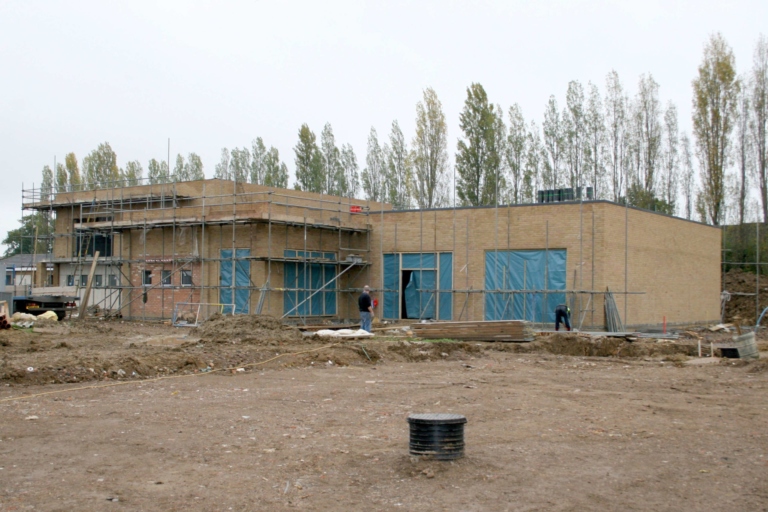 Chelmsford City FC returned to the borough, and their new home, in the season of 2006/07.

In April 2004, the Borough Council agreed to invest in the already established Melbourne Park Athletics Centre. The completion of the project would result in Chelmsford Sport & Athletics Centre affirming its position as one of the leading sports facilities of its type in the region and provide a much-awaited permanent home for the Club.

The improvements continue to directly benefit the local community and other centre users. In a formal agreement with the Council, Chelmsford City FC is permitted to hire the pitch to play First-Team home matches here and use the stand and other ancillary facilities during these match times 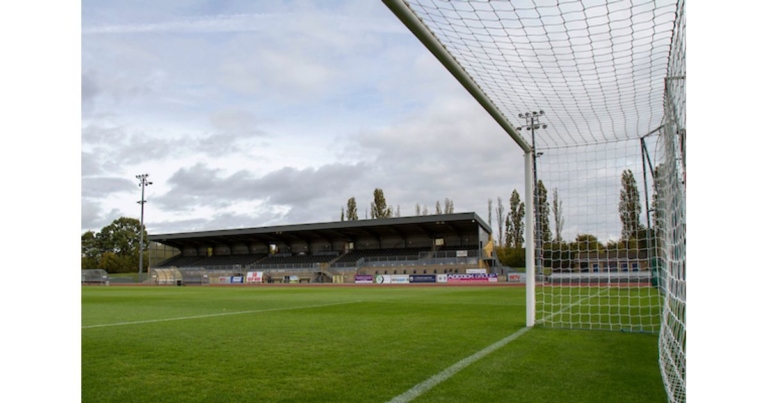 Previous
Next
0
Your Cart is empty!