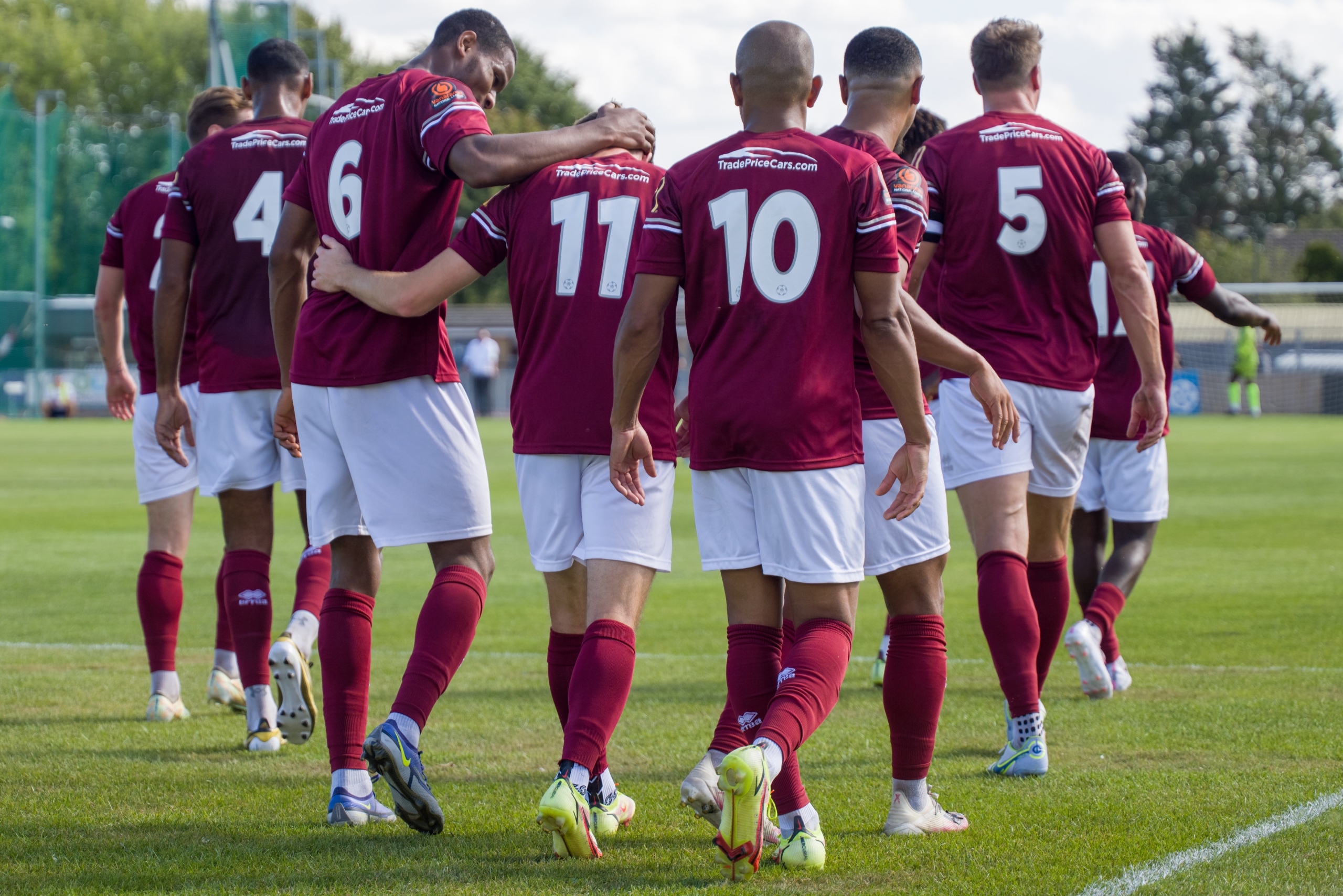 A long trip to Somerset and Twerton Park saw The Clarets go head-to-head with Jerry Gill’s men who, after a defeat to Dover on Saturday, looked to bounce back. However, it was Robbie Simpson’s men who came away with the 3 points after a well fought, tidy display. The performance from the boys certainly made the trip worth it as we took all 3 points back to Essex.

An element of rotation had to come as we looked to Barnet in the FA Cup which was just on the horizon. Robbie kept the shape the same for City but made a few changes. Jazzi-Barnum-Bobb returned to the starting eleven with Louis Dunne and Tom Blackwell also coming into the team. Luckily, despite coming off on Saturday, Ade Oluwo was fit and made the starting eleven. Both Kai Yearn and Freddie Hockey were unavailable tonight as they were playing elsewhere. Kai scored twice for the Cambridge academy and Freddie scored as Bowers & Pitsea won 3-1.

Charlie Ruff kicked us off and Chelmsford retained a portion of possession before, Bath and Scott Wilson gain some space and had the first shot of the game blocked. Chelmsford did get themselves a good chance, just 4 minutes into the game. Tom Blackwell was brought down, and an Ovie Ejeheri free kick was flicked on by Lodovica and Charlie Ruff attempted a one two with Simeon Jackson, but the Canadian striker had not kept his run and there was no chance to have a go at goal.

Having lost at home to Dover on Saturday, Bath were determined to right their wrongs, however had to somewhat sit back and watch as Chelmsford controlled possession and did get a good number of chances to put the ball in the box or win set pieces. Harry Lodovica pushed wide and received the ball, beating his man and crossing over Ryan Clarke, only for the cross to graze the bar and go out of play. The first yellow card of the game followed as some brilliant work from multiple City players saw Tom Blackwell set Jazzi up for a chance to run, only for James Morton to slide in and bring him down. The resulting free kick was nothing special as it landed straight in Ryan Clarke’s hands before he sent his kick the whole length of the field, up to Ovie.

Bath did try to break through the Chelmsford defence, but the linesman was the foil in their plan as Cody Cooke was in good space but beyond the back line. Bath had another lack of concentration nearer the end of the half as a looping City ball was flapped at by Ryan Clarke and the ball was inches away from dropping to Harry Lodovica, but he could not get to the ball before it was cleared away by a Bath defender. Then, as the single minute of added time was announced, Liam Trotter got into space and put a delightful cross in and Harry Lodovica was free and headed the ball at goal. 40-year-old Ryan Clarke got down low and saved well, spilling it in the process, but luckily for him his defenders were on hand to clear. With that chance gone, the referee brought an end to the first half, seeing the teams go in goalless.

Chelmsford were forced into a change at half time as once again, Ade Oluwo had a slight knock and Robbie took the safest option in subbing him, seeing Cameron James take his place alongside captain Dave Winfield. The second half started with a period of Bath play with a few shots stinging the palms of Ovie, but nothing he wasn’t capable of stopping. Cody Cooke and Tom Smith linked up well together but the City defence stayed strong and kept the Bath attack as quiet as they could. Just over 10 minutes into the second half Robbie, with one eye on Barnet, gave Simeon Jackson a rest and reintroduced Khale Da Costa, who has been out with injury recently.

Khale was involved straight away, trying to catch Greenslade out but he could not outwit the fullback. The Clarets did then get a bit of joy on the right as Jazzi Barnum-Bobb played a one two with Liam Trotter allowing him to get in, but a good tackle saw the ball go for a corner. Tom Blackwell delivered but it posed no threat to Ryan Clarke’s goal.

With 22 second half minutes played; City’s breakthrough finally came. Cameron James played a long diagonal ball which was met by the head of Dave Winfield. His header fell to a Bath player, who was immediately dispossessed by Louis Dunne, who found Harry Lodovica and he fired the ball into the back of the net to break the deadlock. Jerry Gill was clearly unhappy and wasted no time as he subbed on Dan Hayfield and Luke Spokes before the game was restarted.

There was no change for Bath as they remained on the back foot and if it was not for some outstanding goalkeeping, they would have conceded another. Tom Blackwell was wrestled off the ball, but it fell to Eduino Vaz who weighted his cross perfectly, teeing up Charlie Ruff who fired a stunning volley goal bound, only for Ryan Clarke to reach across and perform a save which Dave Winfield described as ‘the best he’d seen at this level’. Not long after that, Louis Dunne suffered a dead leg so had to be replaced by Henry Ochieng.

A few minutes after his substitution, he was involved in play as Hayfield found Cooke on the edge of the box and his shot was blocked by Ochieng, only for the ground to go mad in search of a penalty, to which the referee did not oblige. There were numerous half chances for Bath but a major one fell in the penultimate minute of injury time when Jazzi Barnum-Bobb gave away a light free kick on the edge of the Chelmsford box. The ground was in silence as Dan Greenslade lined up and fired a ferocious free kick to the bottom left where Ovie Ejheri met it with a fabulous save; a save which could be vital for Chelmsford’s season.

The referee then brought the game to a close and City took 3 points after a cold, wet and rainy night in Bath. A strong and well-maintained victory before the big FA Cup clash with Barnet on Saturday. 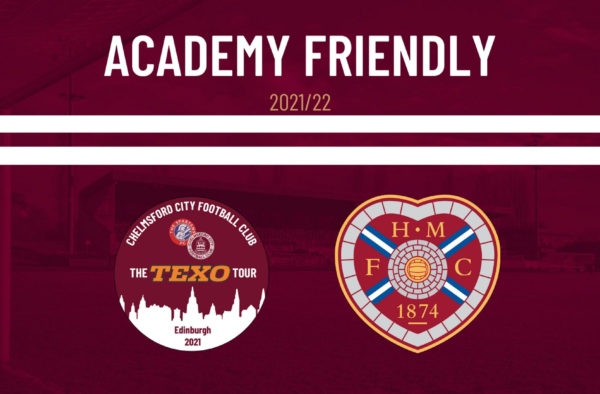 Academy to play Hearts on The Texo Tour

During The Texo Tour, the young Clarets will play the academy side of Scottish Championship champions, Heart of Midlothian.…

WATCH IT LIVE – ENGLAND VS SENEGAL

Following on from opening the clubhouse for England's World Cup Group stage ties, we are pleased to announce that…