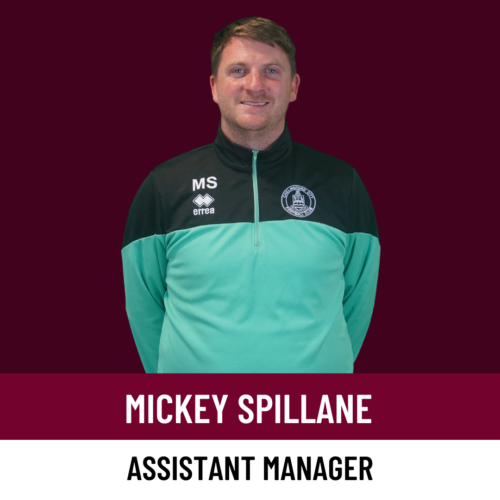 An ever-present in the heart of defence, Mickey Spillane joined the club in December 2016 and in March 2019 made his 100th appearance for Chelmsford, captaining and scoring for the club in a 2–1 home win against Oxford City.

On 30th January 2020 Spillane agreed to assist interim manager, Robbie Simpson before the pair took on the roles permanently in March of the same year.

In April 2020, Mickey was appointed as our Head of Academy.

Mickey started his youth career with Norwich City and made 34 appearances for the first-team. He also spent some time on loan at Luton Town for the 2008/09 season.

After departing Norwich, he signed for Brentwood before going on to feature for Dagenham & Redbridge, initially on loan in 2011/12 before signing permanently, Southend United, Cambridge United, Sutton United & Lowesoft Town.