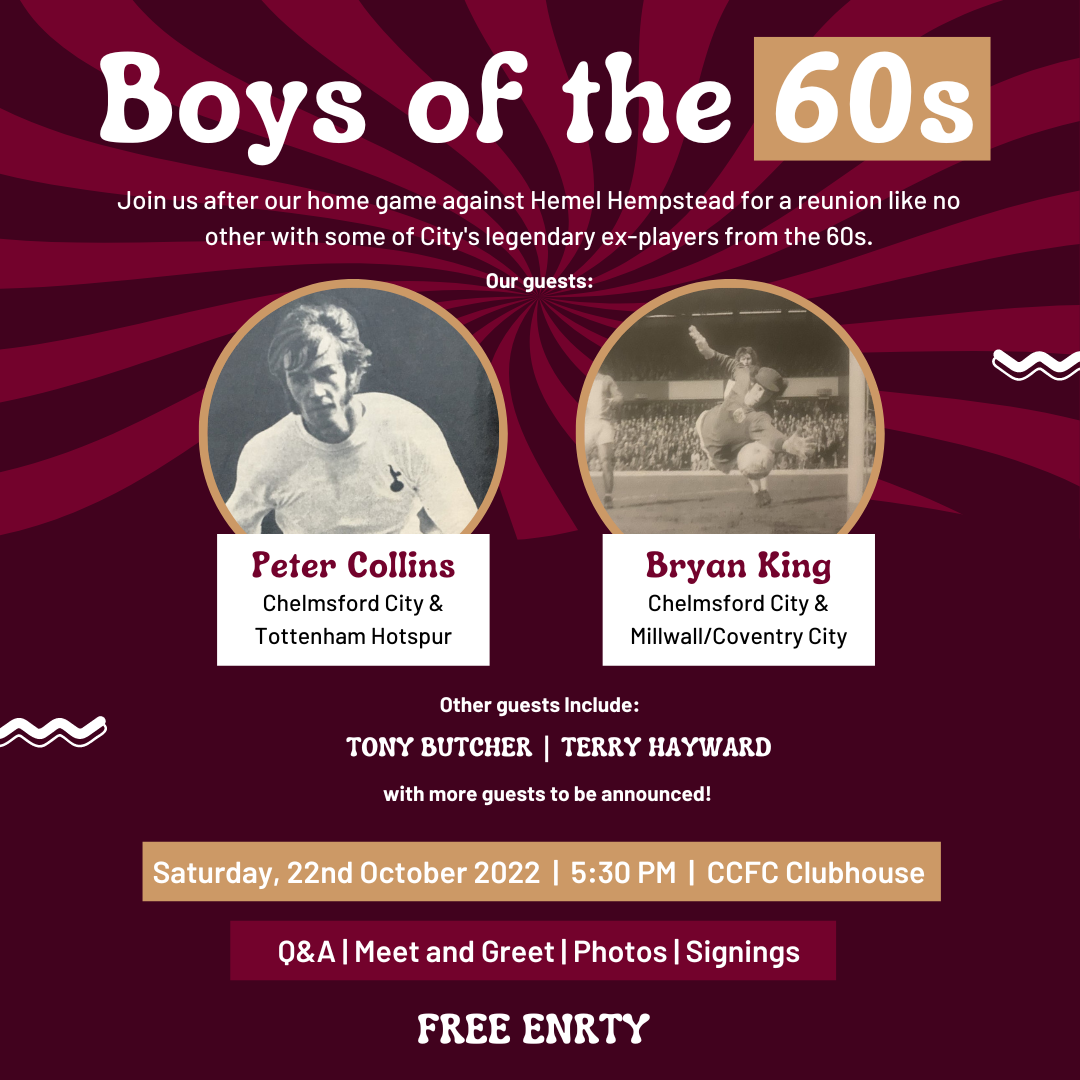 We are pleased to announce a new series of events, starting with “Boys of the 60’s”. This event will be held after our home game against Hemel Hempstead on October 22nd, in the Claret Suite bar, where we will have a meet and greet with some Claret legends.

Numerous players from the 60’s will be joining us as guests on the day. They will be presented to the crowd before kick-off and then be available to answer questions in the bar after the game, until approx. 6.30pm.

We would love as many fans as possible to come and listen to the players share their memories and celebrate the success of the players and teams of this era. There will be an opportunity to meet them and have any memorabilia signed.

Entry is completely free and obviously, the bar will be open.

And more to be announced over the following weeks.

Should you have any questions, please feel free to contact us at the Club and, if you have any photographs of that time, we would be delighted to receive them.

WORLD CUP ’22 | Watch it Live at The Clarets Clubhouse 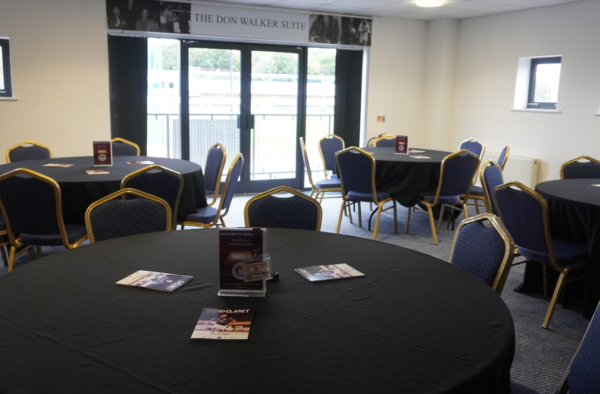 Book your place to join us for hospitality in our VIP Don Walker Suite. With a two-course meal, private pay…