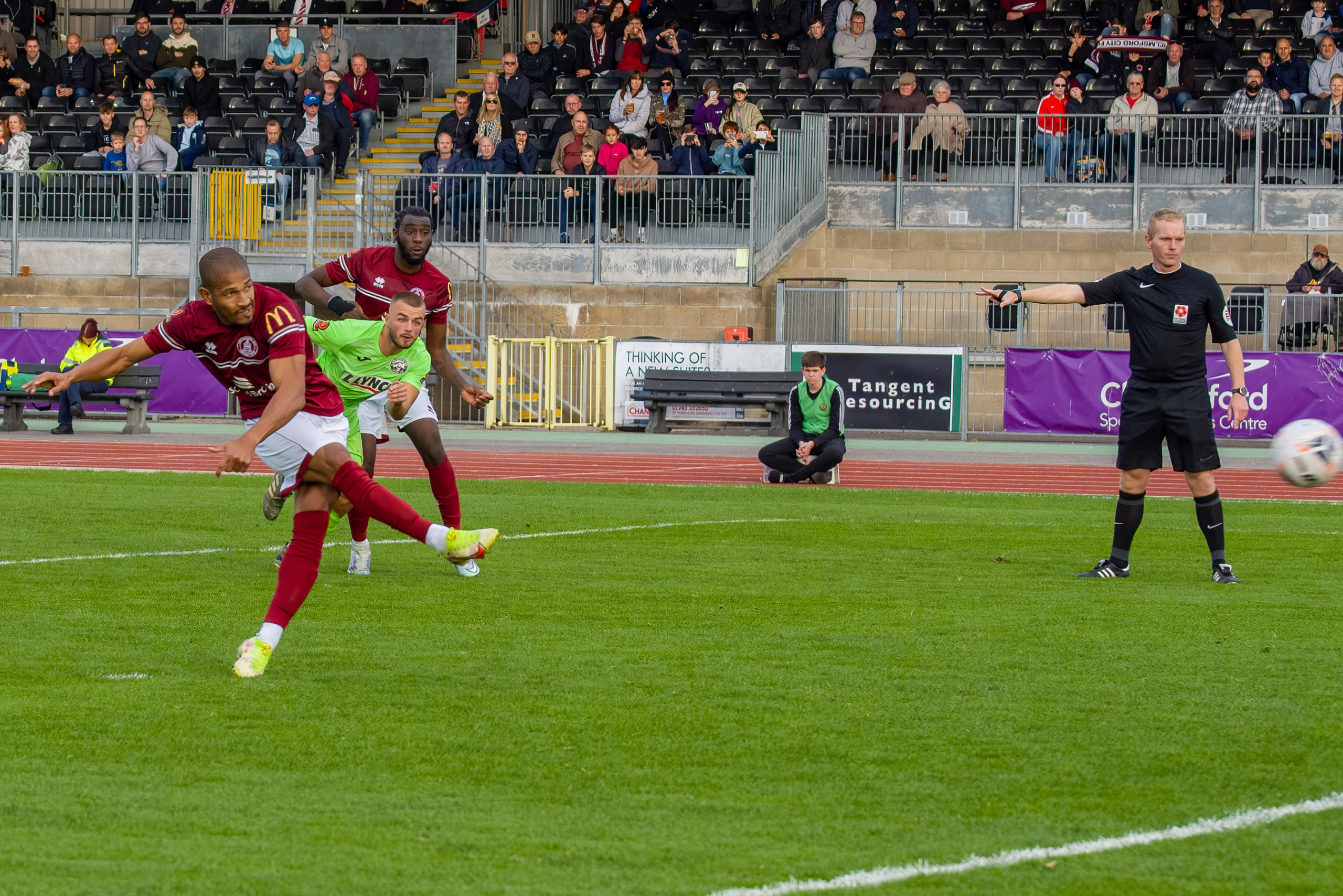 Robbie Simpson’s men came off the high of an FA Cup victory against higher tier opposition and straight back into league action against the Tudors who had won 3 of their last 5 but saw their chances beheaded by a valiant performance from the Clarets, who were on form once again to keep their superb run up.

Clearly, the 2-0 win over Aldershot was much to Robbie Simpson’s delight as he did not change the winning formula, keeping the same starting 11. Henry Ochieng and Charlie Ruff both looking to get in amongst the goals once again, with the pair scoring the 2 City goals in the last 2 home outings. The Clarets looked to continue their momentum from last weekend into the league as they attempt to climb even further up the table.

There was an electric start to the game as the first chance fell to Hemel, as Dara Dada’s free kick was deflected behind for a corner. The resulting corner came to nothing, ending up in keeper Ovie Ejeheri’s arms before City sprung a counter attack. The ball got to Jazzi Barnum-Bobb who put a low cross in, landing at Charlie Ruff’s feet who tried a difficult first time effort and sent it way over the crossbar. Ruff was involved again minutes later as he shifted the ball the Simeon Jackson who shot low but straight into the arms of the opposition’s keeper Craig King.

Hemel were next to have a great chance as a long free kick from the keeper was skewed backwards by Dave Winfield and fell at the feet of Luke Holness, who cannoned a fierce effort at Ejeheri, only for him to palm it behind for a corner. City then turned to attack not long after this with Jamie Yila pulling some space and having a shot, only for it to be blocked by a Hemel defender. Yila was involved once again as he was given a golden opportunity to shoot and he let fly, narrowly passing Hemel’s post and deflecting off the post behind the goal, hitting the net, fooling the main stand into thinking City had a 1-0 lead, when in reality the tie was still level.

Before the half could end, former Claret Dara Dada was influential again, firstly getting away from Henry Ochieng before releasing a tame effort at Ejeheri, to which the referee pulled play back for a previous foul. Nothing came of the free kick, but before the half could be drawn to a close, Dada had a close hit effort saved once again by Ejeheri, with the half ending at a scoreless draw.

The second half kicked off with immediate action, much like the first, as from a long Ovie Ejeheri free kick, Jamie Yila flicked the ball over a Brooklyn Ilunga’s foot before Ilunga clipped him and brought the referee no choice but to award a penalty to the clarets. Simeon Jackson took responsibility in putting the ball on the spot and the experienced Canadian striker was the coolest man in the ground, firing his penalty into the top left hand corner and seeing City break the deadlock, a penalty not even the best in the world would save.

The Tudors looked to come forward with a response after falling a goal behind as Ilunga broke down the right hand side before putting the ball into the box where some tricky feet from Dada got him some space only for his shot to be blocked and the follow up to be straight into Ovie Ejeheri’s arms. Both teams then turned to the bench as Hemel introduced Ogo Obi and the Clarets brought Tom Blackwell on which saw an end to yet another good performance from Jamie Yila.

Yellow cards for either side soon followed as firstly, Hemel keeper Craig King seemed to know better than the officials as he argued that the ball had gone for a goal kick rather than a corner which he was rewarded with a yellow card and subsequently had to deal with the oncoming corner. City then attacked after but fell short, seeing Hemel counter and as Ilunga got away from Winfield, the City skipper decided to take the risk and got himself into the book for a foul. Next, the Clarets looked to break but Tom Blackwell was hauled down by Dada yet again and the ex City man had finally made his way into the referee’s book.

City should have put the game to bed as an excellent ball from Barnum-Bobb fell to Lodovica who did extremely well to round the keeper before, somehow managing to fire his effort over the bar. However, the second did come for the Clarets with little under 10 to play, Simeon Jackson was wiped out in the box with the ball falling perfectly for Charlie Ruff who continued his fantastic goal scoring record with an elegant chip over Craig King and into the back of the net.

Hemel through everything at City in search of at least a consolation but Jordan Greenidge summed up their day as he found himself 10 yards out and face to face with only the keeper to beat but the striker fired his effort high, up and over the stand and into the trees, a chance that should have been a goal. However, the Tudors did get their consolation as a cross not dealt with by the city defenders left Josh Lelan with an easy header into the net.

This amounted to nothing as city yet again struck victory and claimed all 3 points. Just the start of a busy run of games for Chelmsford who take on multiple midweek fixtures over the coming weeks with the chance to play our games in hand and reach even higher in the league. 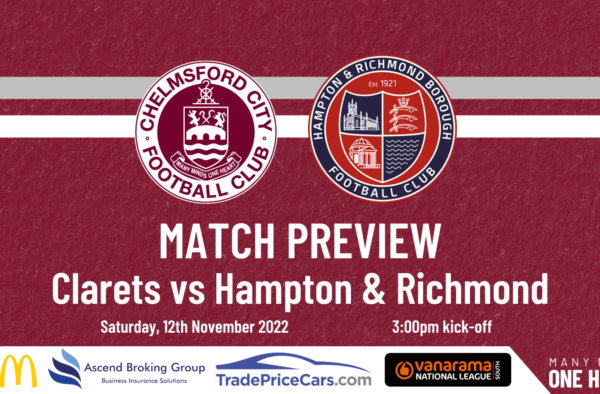 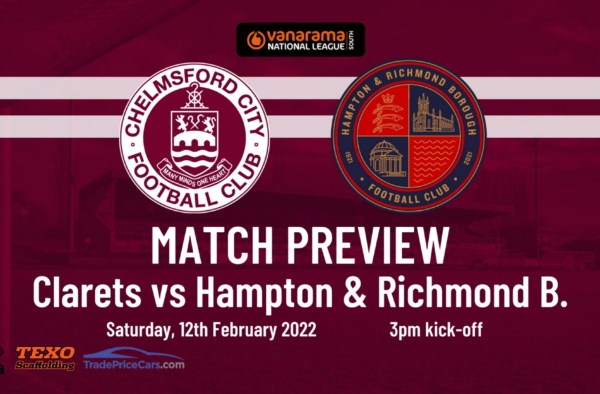