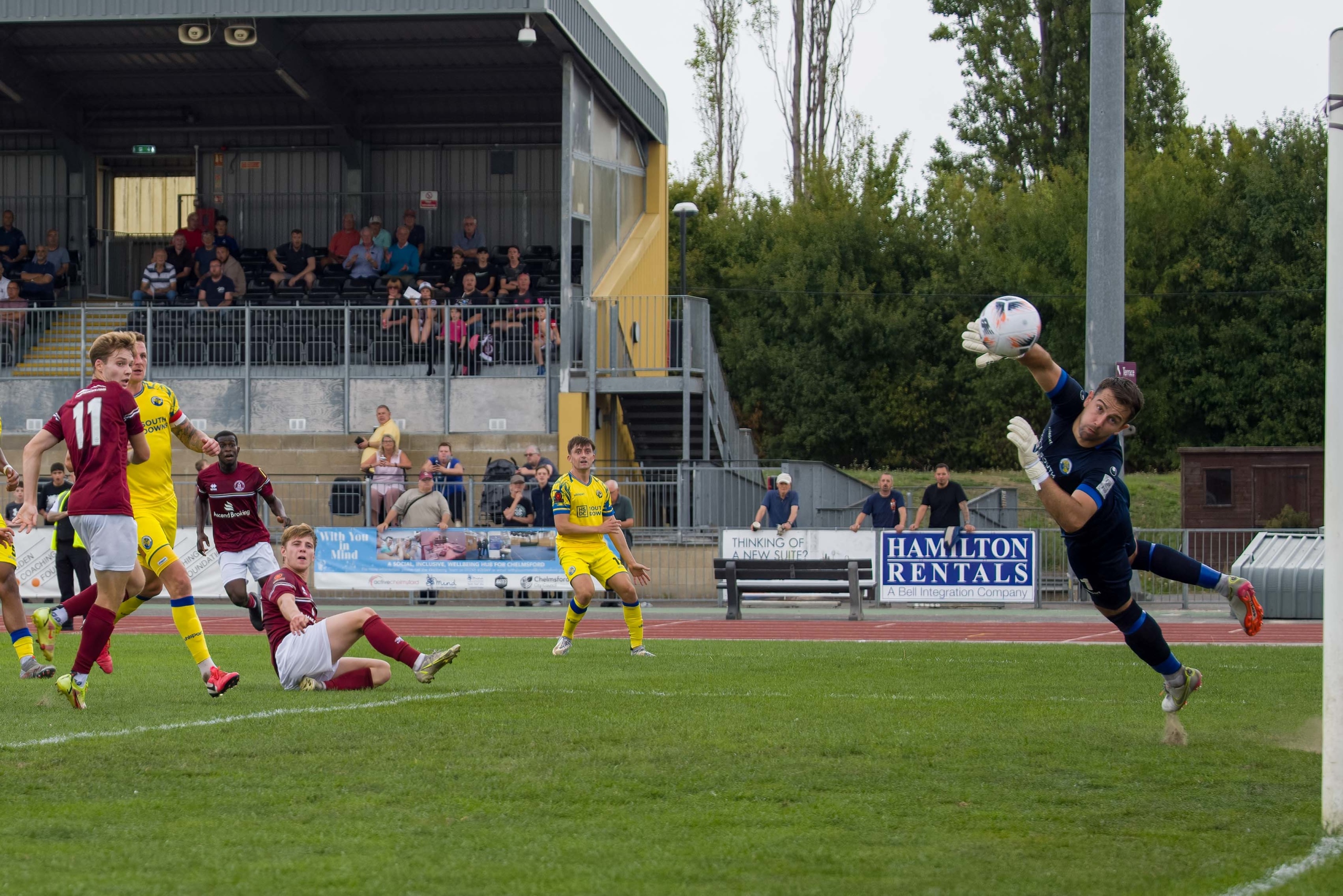 Chelmsford City’s unbeaten start ended with defeat against Havant & Waterlooville who came out on top in a pulsating 7 goal thriller at the Melbourne Stadium.

Chelmsford City manager Robbie Simpson made 2 changes from the win over Concord Rangers as Devonte Aransibia and Tom Blackwell replaced Louis Dunne and Freddie Hockey, who was being saved for the academy FA Youth cup game the same evening. With Cameron James and Jazzi Barnum-Bobb still injured, Henry Ochieng continued to deputise at right-back. Khale Da Costa returned to the bench after missing the previous 4 matches and Arsenal loanee keeper Ovie Ejeheri was fit enough to return to the bench, meaning Jacob Marsden kept his place in goal for the 3rd successive match.

Chelmsford had the first effort of the game when Simeon Jackson’s cross-shot was deflected off Havant left-back Joe Newton and former City keeper Ross Worner had to tip the ball over the bar. Marsden was also called into action at the other end when Jake McCarthy drove at goal but the former Ipswich academy keeper tipped it round the post.

After a quiet opening 20 minutes the game sprung to life when Joe Newton was felled by Clarets Henry Ochieng as he burst past him and James Roberts scored the resulting penalty straight down the middle of the goal.

Chelmsford equalised immediately when Harry Lodovica tapped in Simeon Jackson’s cross-shot after he was found by Jacob Marsden down the left wing. It was a great moment for Lodovica as he notched his first goal for Chelmsford City.

It was a case of every shot resulting in a goal as Havant went up the other end and scored through Joe Oastler when he volleyed in Roberts’ cross following a short-corner routine which Chelmsford were slow to close down.

Havant were looking the better side but City equalised again against the run of play just before half-time when Jackson and Vaz combined down the left and Vaz crossed for Charlie Ruff to prod in over Ross Worner. It was a fine finish from the midfielder and it was his second goal in as many games.

The goals didn’t let up in the second period. After Jackson looked like he was fouled on the edge of the area, Hawks defender Joash Nembhard handballed Ruff’s flick forward and City were awarded their first spot-kick of the season, which Jackson duly converted into the bottom left-hand corner.

3 minutes before the hour Havant were level though when sub Josh Passley crossed for Jake McCarthy to spectacularly strike off the crossbar and in for the equaliser. It was a fine finish from the midfield and it stunned the Clarets who were the better side and looked at that time to go on and win the match.

Both sides made changes to influence the game in their favour, but it looked as though both teams were going to take the draw as few chances came in the last half-hour of the encounter.  But just when it looked like it was going to finish all square, after a dangerous Billy Clifford free-kick was headed behind by City, from the resulting Clifford corner, a devilish in-swinger, Hawks sub, Jason Prior headed in at the near post just 5 minutes from time.

There was still almost 10 minutes including stoppage time left for City to find their third equaliser of the game and Jamie Yila once again impressed coming on as a late substitute. He came the closest when he darted down the left but his shot went into the side-netting and City were forced to taste defeat for the first time this season. However the crowd at Melbourne went home thoroughly entertained by the encounter and there was a feeling that City had managed to push one of the league’s big-hitters all the way and more than matched them for the majority of the afternoon. 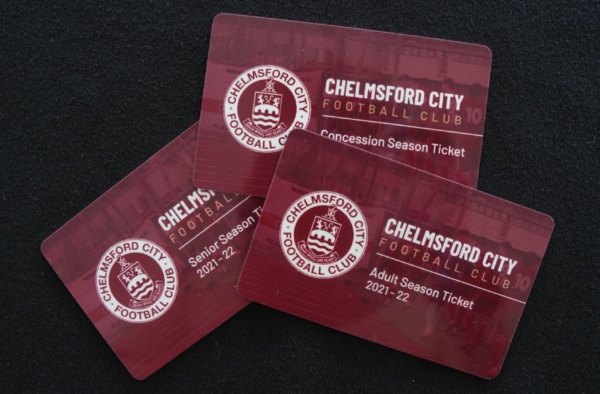 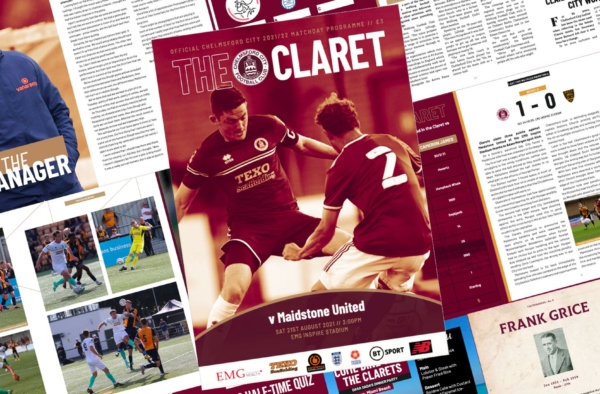 Supporters can now purchase a digital subscription to The Claret matchday programme.