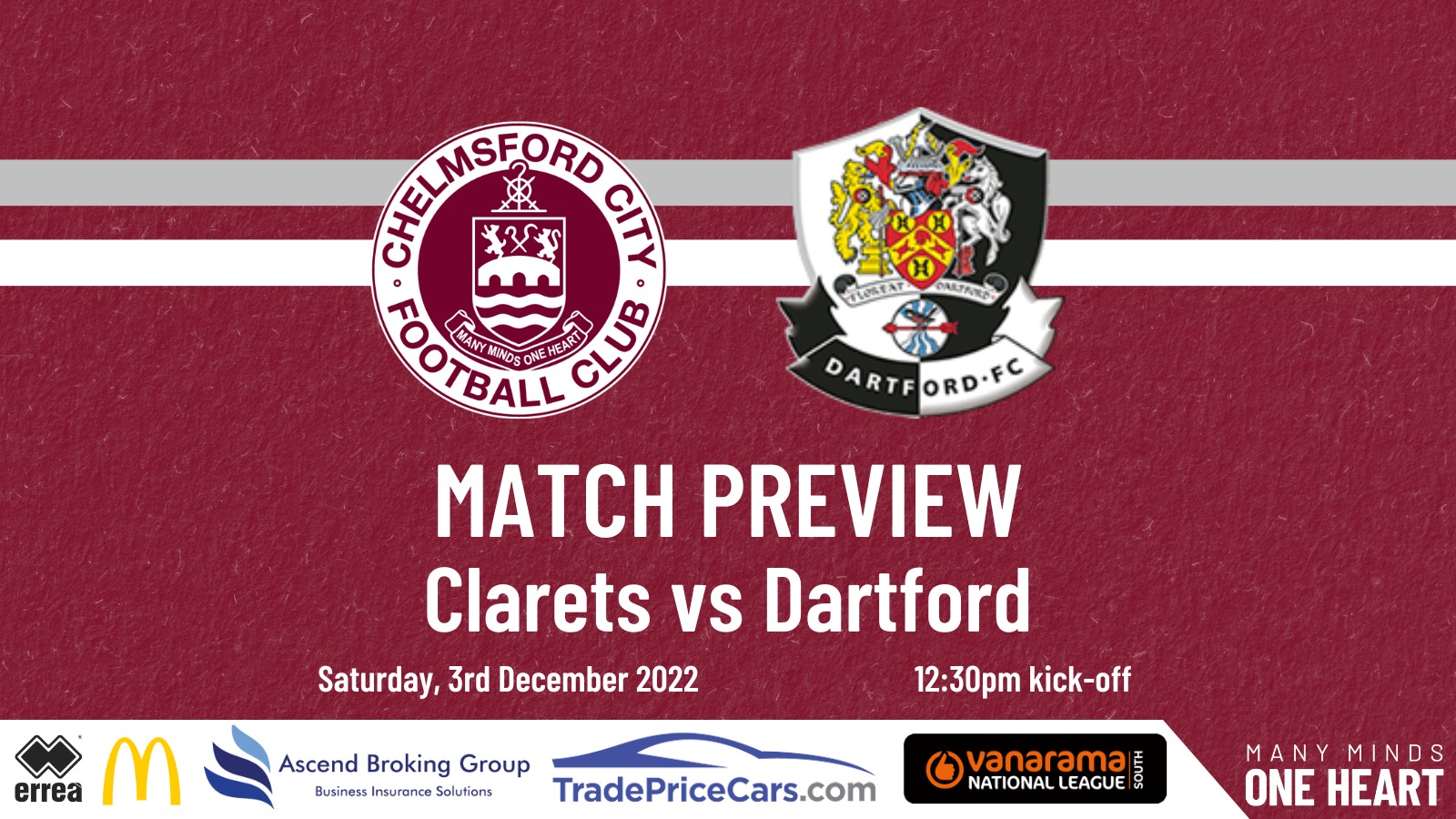 Dartford sit in 1st place having played 21 games in the Vanarama National League South this season. They have won 14, drawn 2 and lost 5, scoring 43 goals and conceding 22 in the league campaign so far which all adds up to 44 league points.  However Havant & Waterlooville are a point behind them with 2 games in hand and Ebbsfleet are 2 points behind them with 4 games in hand. The Clarets are 7 points behind the Darts with 3 games in hand on them. Dartford have been in the National League South for 7 prior seasons to this one and have finished in the top 10 in every season. However the Darts have failed to be promoted since relegation in 2015 despite reaching the playoffs in 4 of the last 6 seasons.

In terms of players, Dartford have recently brought in Norwich keeper Archie Mair but they also have another loanee keeper in Joe Young from Premier League side Wolverhampton Wanderers. In defence they have the experienced duo of Tom Bonner and Connor Essam. Bonner, now 34 is now in his 10th season with the Darts cut in half by spells at Cambridge, Dover and Ebbsfleet. They also have Maxwell Statham at fullback. Statham came through the Spurs academy and then moved to Welling last season, and is the son of former Tottenham and Chelmsford City defender Brian Statham. In midfield they have experienced campaigner Kieran Murtagh and former MK Dons and Sheffield United midfielder Samir Carruthers who is their top league scorer with 9 this campaign. Up front Dartford have one of the strongest front lines in the league. They have re-signed Charlie Sheringham for his 4th Dartford spell after his time at the Clarets last season. They also brought in Pierre Fonkeu from Hemel and veteran Alex Wall from Havant, both of whom scored against the Clarets last season. They have also signed Swiss striker Davide Rodari on loan from Crawley.

Dartford’s boss is 52 year old Gateshead born Alan Dowson. Dowson took the reins at Dartford in the summer after 4 years in charge at Woking where he lead them to promotion to the National League in 2019. Dowson has also managed Hampton & Richmond & Kingstonian, winning a promotion with each of them. Dowson won the Manager of the Month award for Dartford in October.

Robbie Simpson as Chelmsford manager does not have a good record against the Darts with 3 defeats and 1 draw against them as manager, and we have only scored 1 goal against them in those 4 games, with that goal being a well taken Tom Blackwell strike at Princes Park last season. Before that though, Chelmsford City had the eye over Dartford as the Darts only won 1 of the previous 9 in all competitions, including some memorable last gasp moments such as Taylor Miles’ corner that went all the way in, and then Jonny Giles and Rhys Murphy with late goals against the men from Kent in a league game in 2019. However, the Darts are winless in their last five trips to Chelmsford (D2, L3) and have only won twice in their last 13 away games against the Clarets (D4, L7).

The overall record from Dartford’s match preview is

Khale Da Costa (ankle) and Ade Oluwo (back) are both still recovering from injury. Louis Dunne returned as an unused substitute against Worthing after picking up an ankle injury when on the end of the red card challenge by Barnet’s Sam Woods in the FA Cup replay. Striker Callum Jones is in training after his long-term ankle injury but is still a few weeks away. New loan signing Samson Esan will look to impress again after a 10 minute cameo for his Chelmsford City debut against Worthing.

Tickets are now available to be purchased in advance of the 12:30pm kick-off on Saturday and can be bought by clicking this link.

Supporters with a valid 2022/23 Premier League or EFL Championship Season ticket can get into the game for just £5 while presenting their season ticket on the gate.

It is set to be a chilly but dry afternoon tomorrow with highs of just 7 degrees. 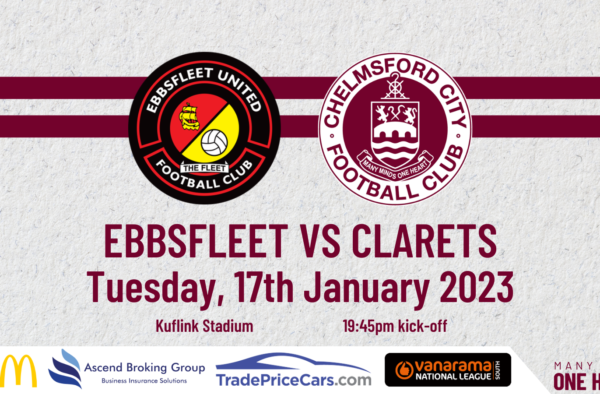 Ticket details for the visit to Ebbsfleet United in the Vanarama National League South. Tickets are now available to… 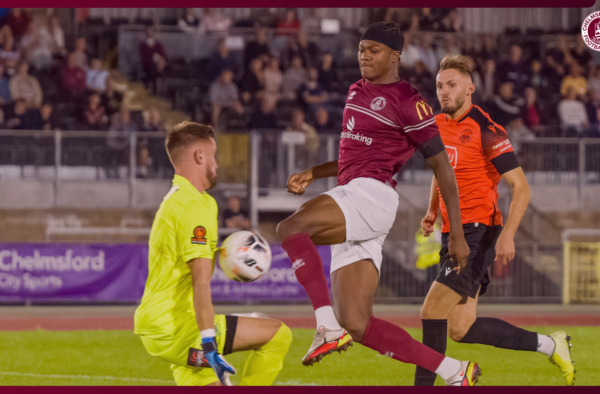 Chelmsford resumed league action after progressing in the FA Trophy with the visit of struggling Chippenham Town. The high-flying…