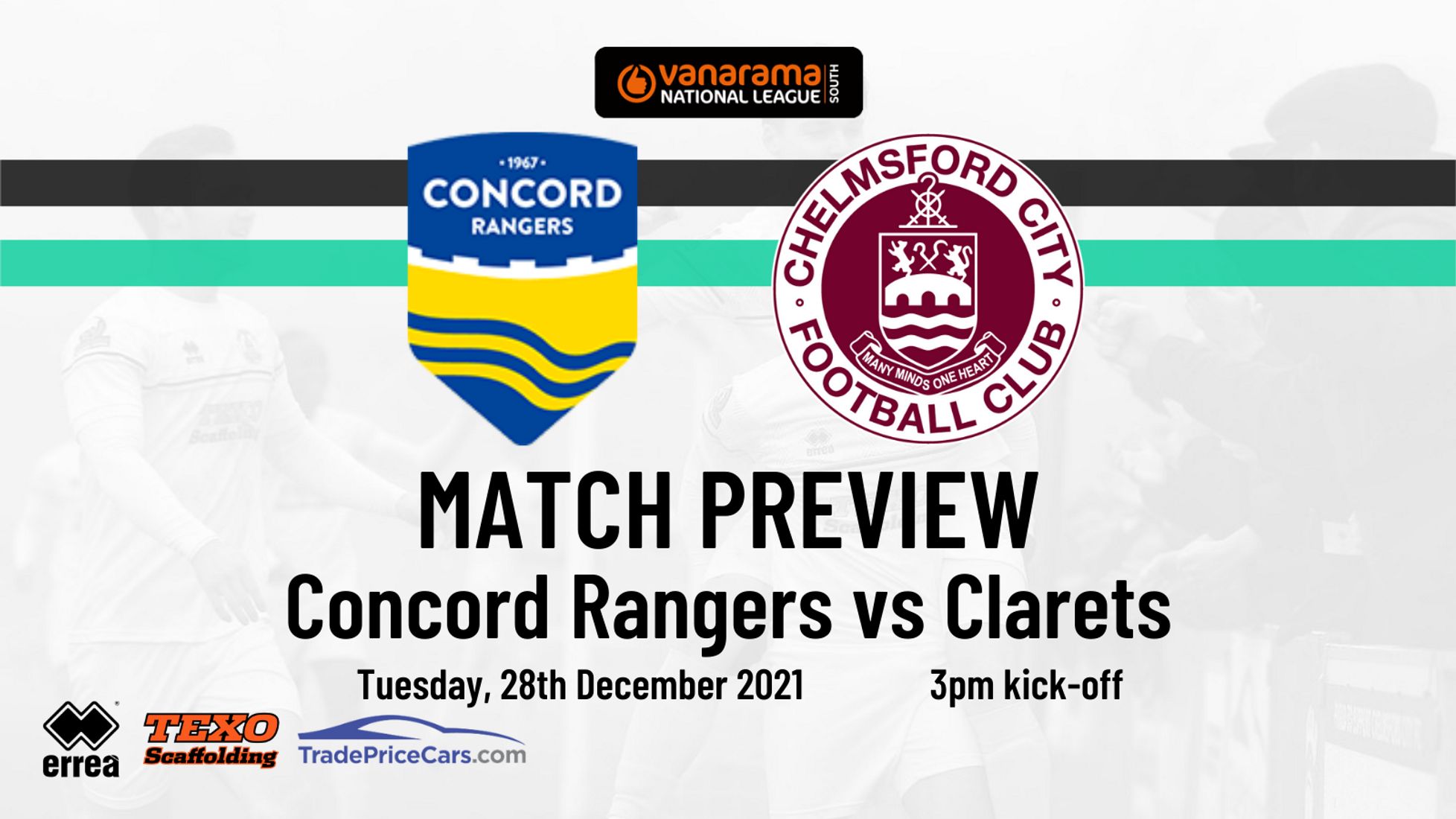 Robbie Simpson’s side faces a second game in the space of three days this afternoon with a trip to Concord Rangers.

The kick-off on Canvey Island is scheduled for 3pm, with further pitch inspections scheduled ahead of that time.

City and the Beach Boys go into the game at the Aspect Arena both off the back of wins in all-Essex ties.

Meanwhile, Chris Search’s Concord picked up three points of their own with a 3-1 victory over Billericay Town on Boxing Day.

The Beach Boys had gone in at the half-time break a goal behind against Ricay but went on to complete a second-half turnaround to seal victory.

Seven league positions separate the two sides going into the game, with the Clarets in 18th and Concord 10 points ahead in 11th.

As mentioned above, City recorded a resounding victory on Boxing Day, seeing off local rivals Braintree Town in a 3-0 win at the EMG Inspire Stadium.

For the opening 15 minutes, both sides felt their way into the game with the visitors shading it, however, from the first goal onwards the Clarets stayed in control.

To open the scoring, a ball down the right found Tom Blackwell before he beat his man and fired the ball toward Simeon Jackson for the Canadian to flick an effort into the far top corner.

Another 15 minutes on and City had two, with Jackson again beating Tommy Dixon-Hodge, this time following a through ball from Guy Norton down the left.

The Clarets continued to press and shortly following the second, a third was added.

Attacking on the counter, Dara Dada slid a pass out to Blackwell on the left wing before the young forward drove inside the box and fired a low, powerful strike in.

The scoring was completed there and with the fog worsening in the second half, the closest either side came to another was a Jackson effort from the edge of the box which cracked off the crossbar.

With seven wins, four draws and six losses so far this season in the Vanarama National League South, the Beach Boys find themselves just two points behind the play-offs.

Concord’s close proximity to the play-off points-wise is testament to the tightness of the National League South this year, with the club still four places below them in 11th.

Chris Search’s side showed their intent from the off in the league this campaign, picking up two victories in their first three games.

On the opening day, Dorking Wanderers were beaten before a draw against current league leaders Oxford City and win against Hampton & Richmond Borough followed.

Despite their solid form though, Concord have endured some heavy defeats so far this campaign.

In the league, a 4-1 loss to Hungerford Town and a 5-2 defeat against Havant & Waterlooville were recorded, while AFC Totton claimed a 5-0 win at the Aspect Arena in the Buildbase FA Trophy second round.

The Beach Boys also went out at their first hurdle in the Emirates FA Cup this year, losing 2-0 to St Albans City in a second qualifying round replay.

With two goals in three games since joining Concord on loan, Lewis Simper is proving his ability at this level.

The 20-year-old midfielder joined the Beach Boys on loan from Cambridge United earlier this month and bagged on his debut.

Simper found the back of the net in that game with a crucial equalising goal in a 2-2 draw with Braintree Town.

The loanee then followed that goal up with another in the following game, scoring in their 2-1 defeat against Ebbsfleet United.

Earlier in the season, Simper also gained some brief National League experience, making one substitute appearance on loan with Yeovil Town before being recalled.

The spoils were shared the last time the two sides met, with the game ending in a 1-1 draw at the EMG Inspire Stadium.

Inside 20 minutes of the game, the Clarets found themselves a man and a goal down.

Decarrey Sheriff raced into the area before being pulled back by Troy Brown, the Chelmsford man was shown a straight red and Concord awarded the chance to open the scoring.

Sheriff stepped up to the resulting spot-kick and made no mistake in firing past Laurie Walker.

Before the first half came to a close, the Clarets managed to pull themselves level through a placed Tom Wraight finish.

Shaun Jeffers teed the ball up for the versatile midfielder and Wraight did the rest, finishing despite Chris Haigh getting a strong hand to the ball.

In the second half, both sides had half-chances for a winner but with no clear-cut efforts to speak of, the match ended in a draw.

The Club has also been informed that members of the armed forces and emergency service workers get in free of charge when showing a valid form of ID. 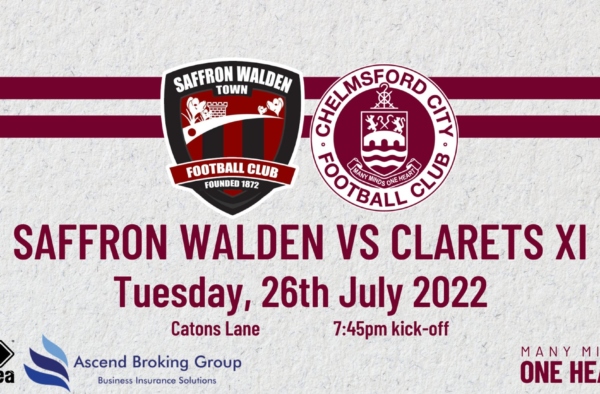 Ticket details for our away trip to face The Bloods on Tuesday night. Marc Stephan will be taking a…