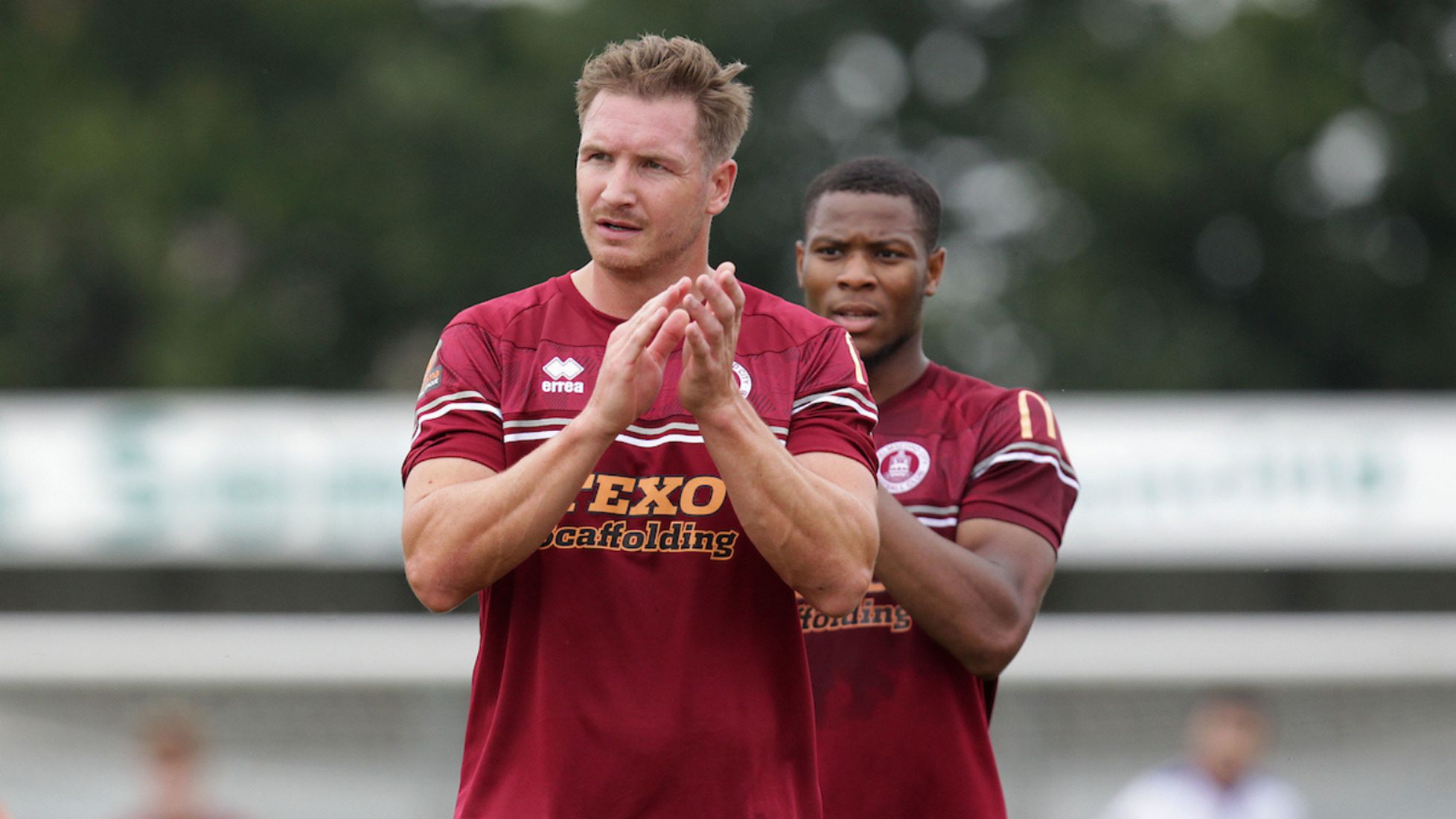 Chelmsford City is delighted to reveal that Dave Winfield has been appointed as Club Captain on an 18-month contract.

The switch comes following Tom Wraight’s departure from the Clarets for another club, meaning Winfield steps up to the captaincy on a new contract.

Winfield returned to the EMG Inspire Stadium during the summer after agreeing terms for the current campaign.

So far this season, the centre-back has made 12 appearances in league and cup, scoring one goal for City.

The 33-year-old was an imperious figure in the Clarets’ backline during the Club’s solid early-season form before picking up a hamstring injury in the first half of the 4-2 defeat against Hampton & Richmond Borough.

His current stay with City is Winfield’s second, having made 10 appearances for the Club during the 2019/20 season before departing for Vanarama National League side Bromley.

The defender has a host of Football League experience, having featured for Aldershot Town, Shrewsbury Town, York City, AFC Wimbledon and Wycombe Wanderers, having been promoted to League One with the Chairboys during his first season at Adams Park.

Winfield also has a wealth of non-league experience, having featured for Ebbsfleet United as well as the Clarets and Bromley.

On his new deal and role, Winfield said: “It’s a fantastic honour to be Club Captain at any club but with what Simmo and everyone behind the scenes are trying to build, it’s even more of a privilege than normal – I can’t wait to get started.

“Personally, I believe in the direction that the Football Club wants to take, and I believe that I know how to help steer the ship in the right direction.

“I think there is still some work to be done but I’m 100% behind the thought process in what we want to do and how we want to implement it.

“It’s going to be a lot of hard work but it’s definitely something I’m up for.”

The defender also explained how he believes the Club can turn around current form, saying: “I think confidence, for a young group especially, is vital.

“I mean, confidence for any player is a big part of their game but with slightly more experienced players you can get through dips of form and recover quite quickly, whereas it takes a little longer for inexperienced players to grasp that.

“So, it’ll just be supporting the younger players through that, being an extension of the Manager on the pitch and galvanising the group.”

Speaking on the defender stepping up to the Club Captain role, City Manager Robbie Simpson said: “Obviously, we brought Dave in reasonably late, I think we had just started pre-season and we’d already made Wraighty Captain and signed Charlie as Vice-Captain before we got the news that Elliott Ward was retiring.

“We managed to bring Dave to the Football Club, but listen, Dave is a captain and he’s always been a captain wherever he’s been pretty much.

“He’s a real leader and he has totally bought into the way the Club is going and what we want to do and want to achieve.

“He really believes that he can lead this team to be able to do that and be successful with what we’re implementing.

“If we’d have brought him in earlier in the summer, he probably would have been Captain anyway, so with Wraighty departing and Dave committing to a longer-term future with the Football Club, it just feels right that we make him Captain.

“He can really help us lead and influence the young squad that we’ve got in a more formal capacity.”

Simpson also discussed the new Club Captain’s 18-month contract, saying: “I think Dave’s importance to not only the squad but what we want to achieve, in terms of developing and helping bring young players through, characters like Dave are vital.

“Obviously, he’s been missing for quite a large chunk of this season so far and we’ve really felt that; I’ve certainly felt that as a manager.

“I’ve felt that his presence on the pitch in that chunk of games has been really missed and it’s perhaps affected the younger players around him, that they don’t feel as secure, and mistakes have happened.

“I feel like he’s vital and him committing to the rest of this season and next season just shows that he believes in what we’re doing and he believes in himself – that he can add to that and help us achieve what we want to achieve by doing so.”

A full interview with Dave will follow on ClaretsTV on Thursday night and supporters are invited to send in any questions for the new Club Captain to andrew.haines@chelmsfordcityfc.com 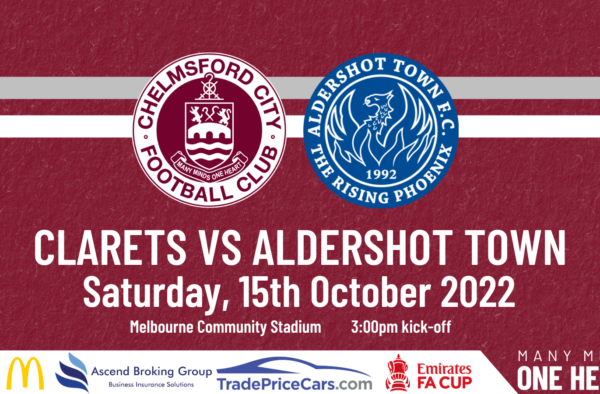 Based on further communications this week the club has regrettably taken the decision to segregate the game tomorrow .… 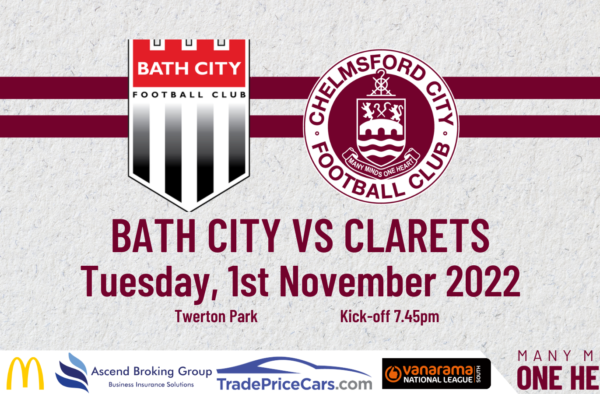