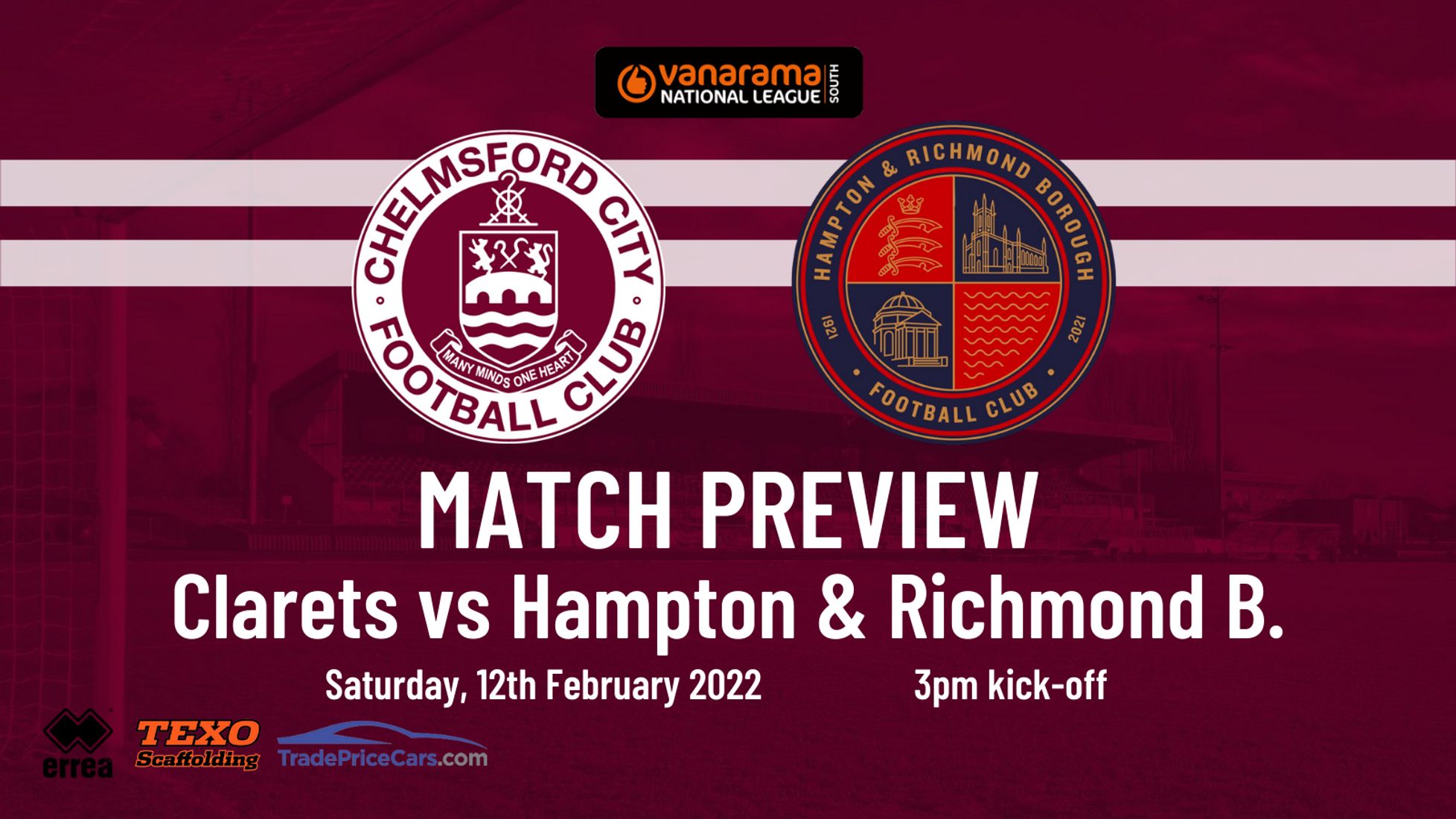 The Clarets go into the game trailing the Beavers by just one place and one point in the Vanarama National League South.

As well as being just one point shy of the Beavers, City also have a game in hand having played one less than Hampton & Richmond’s 25 outings.

Chelmsford go into Saturday’s game unbeaten in the last three, while the visitors have lost all of their games over the same period.

Last time out City were held after leading 2-0 against Braintree Town while Hampton were beaten 3-0 by Oxford City.

The kick-off at the EMG Inspire Stadium on Saturday is at 3pm and you can purchase tickets by following this link.

As mentioned above, in Robbie Simpson’s side’s last game, the Clarets saw Braintree fight back from two goals down to share the spoils.

In a solid first half for the away side at the Dunmow Group Stadium, a solitary goal from Dara Dada was the difference.

With Tom Blackwell and Eduino Vaz having linked up down the left to win a free-kick, they did so again with the delivery of it.

Charlie Sheringham challenged the goalkeeper for the cross, meaning the ‘keeper’s punch found Dada, who headed home the opener.

City continued into the ascendancy after the break and quickly went two goals up through Blackwell.

The direct forward picked up a ball down the left before driving into the box and hammering a low shot into the goal, just like in the reverse fixture.

Blackwell then almost sealed the three points, first seeing a shot well saved before cracking an effort off the post shortly following his goal.

From there though, the Iron found a way back into the game and pulled one back through Luke Holness.

The hosts continued to put pressure on the Clarets’ backline and got their equaliser nine minutes from full-time, Stefan Ilic the scorer.

Gary McCann’s side has enjoyed a steady season in the Vanarama National League South up to now.

Over their 25 league fixtures, the Beavers have picked up eight wins and five draws, losing the other 12 games.

While the opening half of the season was solid for Hampton, recent months have proven more difficult.

Since the beginning of December, the Beavers have lost nine of their 12 league matches, which has included heavy defeats against Braintree, Hungerford Town, Slough Town and St Albans City.

Despite the poor run, the Beavers have still been able to show their ability to be clinical, beating Bath City 4-0 in their most recent victory.

In the cup competitions, the London club exited to Ebbsfleet United in the fourth qualifying round of the Emirates FA Cup and Plymouth Parkway in the second round of the Buildbase FA Trophy.

While the current campaign has not been a prolific one for the former Oxford United man, he has proven in the past that he can be a danger at this level.

The prolific term earned Roberts a move to league rivals Havant & Waterlooville, however, the striker had less fortune in front of goal.

Over 22 National League South outings for Havant prior to joining Hampton on loan, Roberts scored twice.

Despite his less prolific form this season, the forward’s tally in front of goal over the 20/21 season showed that he can be a danger.

Despite taking an early lead against the Beavers, the Clarets were pegged back at the Cleo Saul Beveree Stadium and left London with nothing.

It was Simeon Jackson who gave City the lead, meeting a Callum Harrison corner to head the visitors in front.

After an injury to current Club Captain Dave Winfield though, Hampton drew level through a close-range finish from Sam Deadfield.

Following the half-time break, Zach Dronfield then put the hosts in front, applying the finish to a squared pass before Ruaridh Donaldson later made it three to the Beavers.

With Charlie Sheringham having clawed a goal back from another corner, David Fisher then put the game back out of sight for Hampton after adding their fourth.

A late Sheringham spot-kick could have made it game on again but his penalty was saved by Alan Julian and the fixture ended 4-2 to the home side. 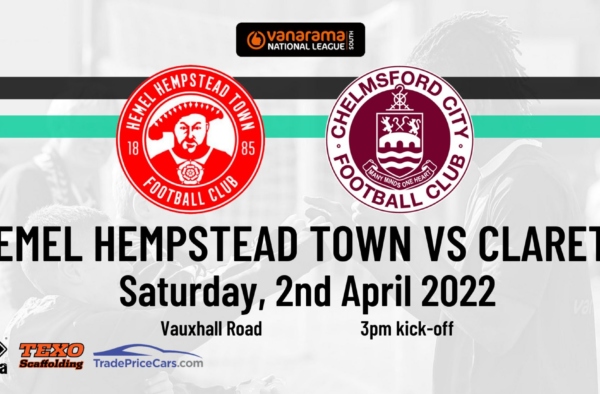 Ticket details for this Saturday’s away trip to face Hemel Hempstead Town in the Vanarama National League South. 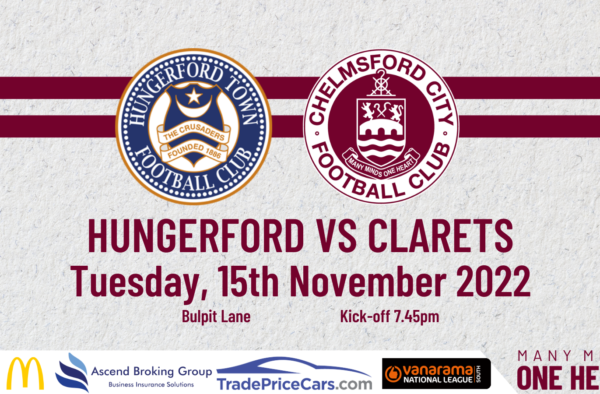