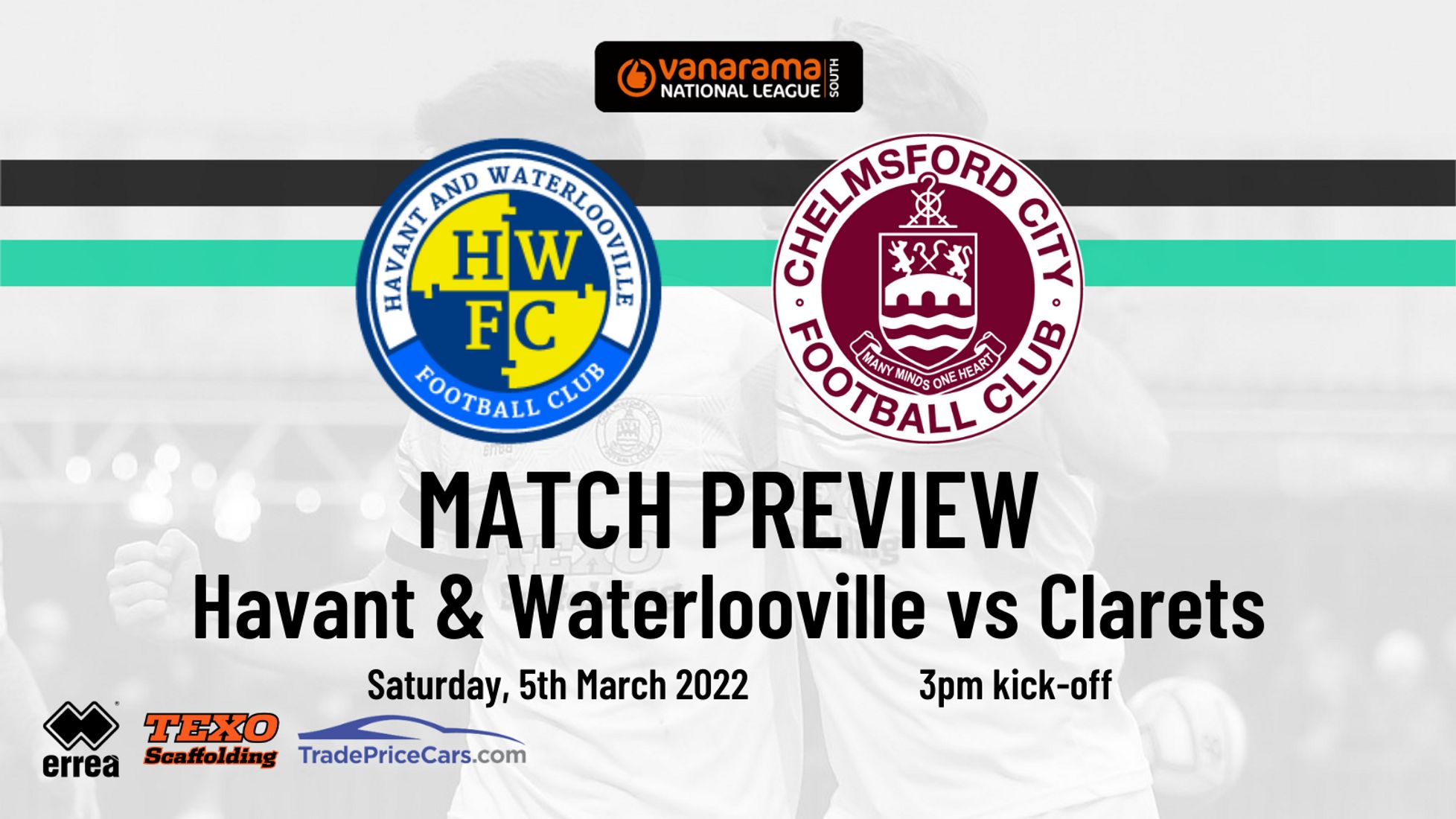 The Draper Tools Community Stadium is this Saturday’s destination as the Clarets face Havant & Waterlooville in the Vanarama National League South.

City and the Hawks go into the fixture just one league position apart, with the Hampshire club the higher of the two in 13th place.

Should Robbie Simpson’s side claim victory over Havant this weekend then the Clarets will leapfrog the hosts and move up one position on goal difference.

Meanwhile, Paul Doswell’s outfit can also move up one place with three points, only being able to catch Slough Town who are a point ahead in 12th.

Going into the game, the home side finds themselves in better form having picked up four points in their previous two outings.

A 1-1 draw with Slough last time out was preceded by a 4-2 victory over play-offs-chasing Ebbsfleet United the previous week.

City, however, travel to the south coast having suffered back-to-back defeats for the first time since November.

Those attending the game on Saturday can only pay for their entry at the turnstiles and can view the ticket details here.

As mentioned above, the Clarets suffered a defeat in our previous outing, being dealt a 2-1 loss by promotion-chasing Oxford City.

The tie offered as City’s second difficult outing in succession, having travelled to the league leaders the week previous, but the team got off to a better start than at Dorking.

Around the 10-minute mark, a smart Chelmsford move led to Dara Dada finding Tom Blackwell before the attacker controlled well and fired a left-footed shot in.

A good spell in the tie followed for the hosts but a second goal never came, and the Hoops began to grow into the tie.

Having pressured Jacob Marsden’s goal for an extended spell, Josh Ashby headed Oxford level after Marsden punched a cross into his path.

The Clarets’ task in the second half was then made harder still shortly before the break, with Dada shown a straight red card after coming together with Canice Carroll.

Despite facing an uphill battle with 10 men, City still threatened Ben Dudzinki’s goal at the beginning of the second 45.

However, the second goal still didn’t arrive and the Hoops claimed three points with 10 minutes to go after Zac McEachran put them in front following an excellent crossfield pass.

Up to this point in the campaign, Saturday’s opponents have endured an inconsistent term which has seen them to mid-table in the league.

Over their 27 outings in the National League South, the Hawks have claimed nine victories and seven draws, losing the other 11 fixtures.

The 34 points which Paul Doswell’s side has amassed have the club in 13th position, 10 points off the play-offs and 15 above the relegation place.

Starting at the 8-0 hammering at the hands of Dorking on Boxing Day, the Hawks recently went on a nine-game run without a victory.

Over the outings, only three of the games were draws, with the other six being defeats.

Since that spell of poor form though, green shoots have begun to re-emerge with the win over Ebbsfleet and draw against Slough in their previous two.

In the cup competitions, Havant made it to the first round proper of the Emirates FA Cup, where they were beaten by Charlton Athletic, and exited in the second round of the Buildbase FA Trophy at the hands of Slough.

With seven goals in 25 league outings so far this term, Tommy Wright could be the dangerman for the Hawks this Saturday.

The seven goals for Havant in the league this season make Wright the joint-21st-top scorer in the National League South.

Having scored against promotion-chasing Dorking and Ebbsfleet this term, too, the 25-year-old Englishman has shown his ability to score against the bigger sides.

Wright has also managed to find the back of the next against the three other Essex outfits in the division, Concord Rangers and the Towns of Billericay and Braintree.

The frontman previously showed his goalscoring prowess in the league above, bagging regularly in the National League for Sutton United.

His best season came during the 2017/18 term, where he scored 13 league goals and provided three assists in 42 matches.

Despite scoring fairly regularly this campaign, Wright has not bagged for the Hawks in their previous seven league matches.

The Clarets will be out for some vengeance this Saturday having suffered a narrow 3-2 defeat at home to the Hawks in October.

Despite coming away with nothing, City took the lead in the first half after Adam Morgan found Simeon Jackson and the Canadian fired a left-footed effort home.

Morgan then could have made it two later in the half, latching onto a loose back pass but a defender covered well allowing the Havant ‘keeper to sweep up.

After the break another big chance went begging, Morgan again playing a role as he squared a pass for Tom Wraight to have a simple finish but the wing-back missed the ball altogether.

City were made to rue the missed chances as Jake McCarthy bagged a hat-trick to turn the game on its head.

A strike beyond James Dillon from distance came first before he flicked a free-kick in for his second and slammed in from an Abdulai Baggie cross for the third.

Robbie Simpson’s side rallied late on before Jackson bagged a consolation goal, but it proved to be too little, too late for City. 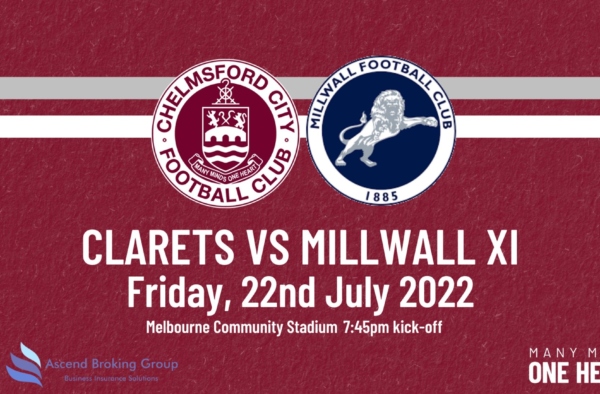 Ticket details as we welcome a Millwall XI to the Melbourne Community Stadium on Friday night. Kick-off tomorrow evening… 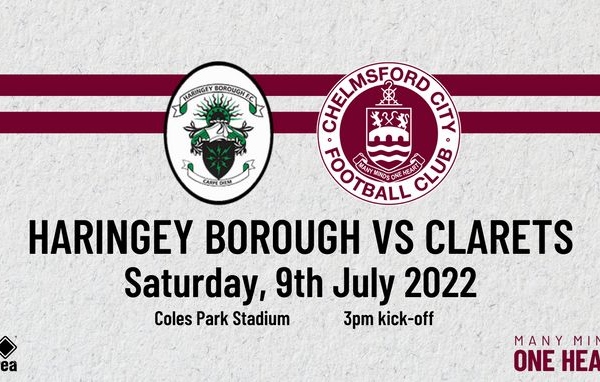