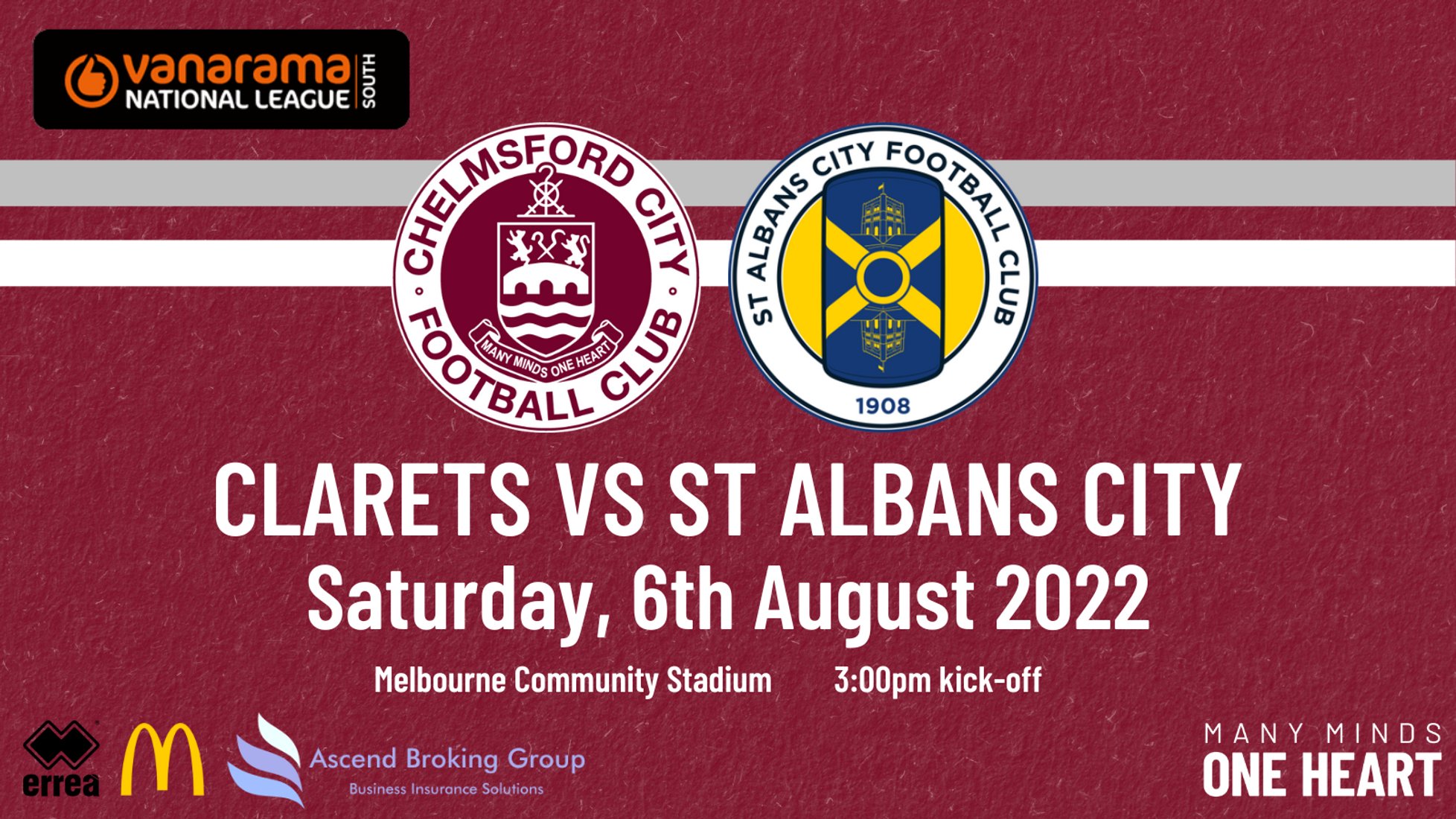 Chelmsford City will start their 15th consecutive season in the Vanarama National League South with a home opener against St Albans City.

The Clarets have made several summer signings and have overhauled their midfield, especially with a number of players looking to make their Clarets debuts today at 3pm.

St Albans finished 9th in last season’s Vanarama National League South table and will be looking to arrest a slide in form in the last few months of the season when they only won twice in 14 matches. Manager Ian Allinson, who led Boreham Wood to promotion from this level in 2015 is a very experienced manager and will be looking for St Albans to continue their early season form throughout the whole campaign. For example last season, after losing their opening two fixtures, they then went unbeaten for their next 15 matches in all competitions, including dispatching eventual League Two champions Forest Green in the FA Cup 1st Round. The Saints eventually made Round Two where they were beaten by Boreham Wood.

In terms of players for the Saints, they have kept hold of a lot of their players from last season including former Claret Shaun Jeffers, who scored 27 league goals last campaign. They have also kept impressive goalkeeper Michael Johnson, who was warmly applauded by the Chelmsford crowd last season when he quickly alerted the referee to a medical emergency in the crowd. In defence, they have kept Callum Adebiyi and former Watford defender Joy Mukena. However former skipper Tom Bender has moved on to pastures new. They also brought in yesterday Mackye Townsend-West on loan from Stevenage. In midfield, former football league midfielder David Noble will concentrate mainly on coaching, but they have signed former Claret Chez Isaac, as well as Chris Paul, who has played for Havant and Hemel. Up front, they still have Jeffers, as well as Mitchell Weiss, Zane Banton and Joe Neal in a potent strike-force.

Manager Ian Allinson spoke to www.stalbanscityfc.com “I think it will be a tough game Saturday. They beat us heavily towards the end of last season, they’ve retained a number of those players as well as making good additions, and they’ve had a successful pre-season. I always say any game in this league is tough, you never see an easy game, but we are ready to work hard, play hard, and we can’t afford to make any mistakes.”

Robbie Simpson has an excellent record against St Albans as Chelmsford City manager with 2 wins and a draw against the Saints, including two away wins. Last season’s match between the two sides at Melbourne finished 1-1 with a well-taken goal by Shaun Jeffers opening the scoring for the away side before Simeon Jackson equalised with a brilliant volley.

Chelmsford City will definitely be without new signing Jamie Yila who is on the road to recovery having missed all pre-season. Robbie Simpson will hope he has Dave Winfield and Khale Da Costa back after they missed the final pre-season game with slight knocks. Midfielder Louis Dunne is suspended for 2 more games after being sent off late last season. Liam Trotter, Devonte Aransibia, Charlie Ruff, Ovie Ejeheri, Henry Ochieng and Harry Lodovica will be looking to make their City debuts in the game.

For St Albans, their club website says they will be without defender Munashe Sundire and pacy forward Romeo Akinola with injuries.

Live match commentary will start from 2.55 pm on www.mixlr.com/radioclarets

The bar is open from 12.30pm with live Premier League football, Fulham V Liverpool, being shown.

As previously communicated, there are ongoing refurbishment works taking place in the clubhouse, we will do our utmost to cause as little disruption as possible and thank you for your patience. 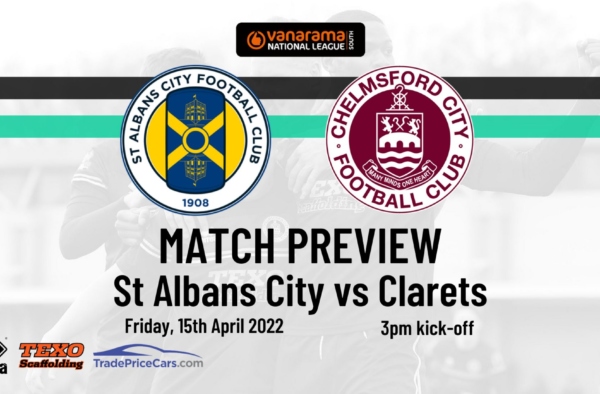 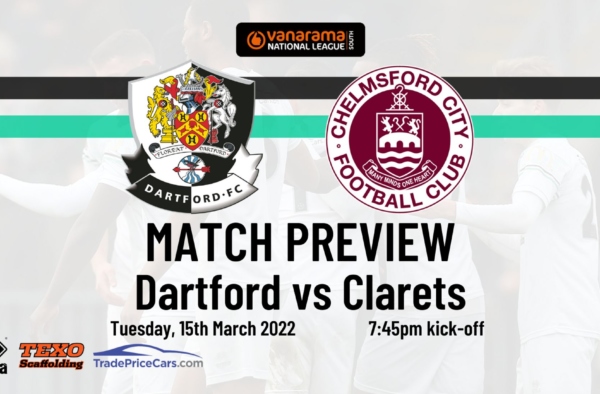