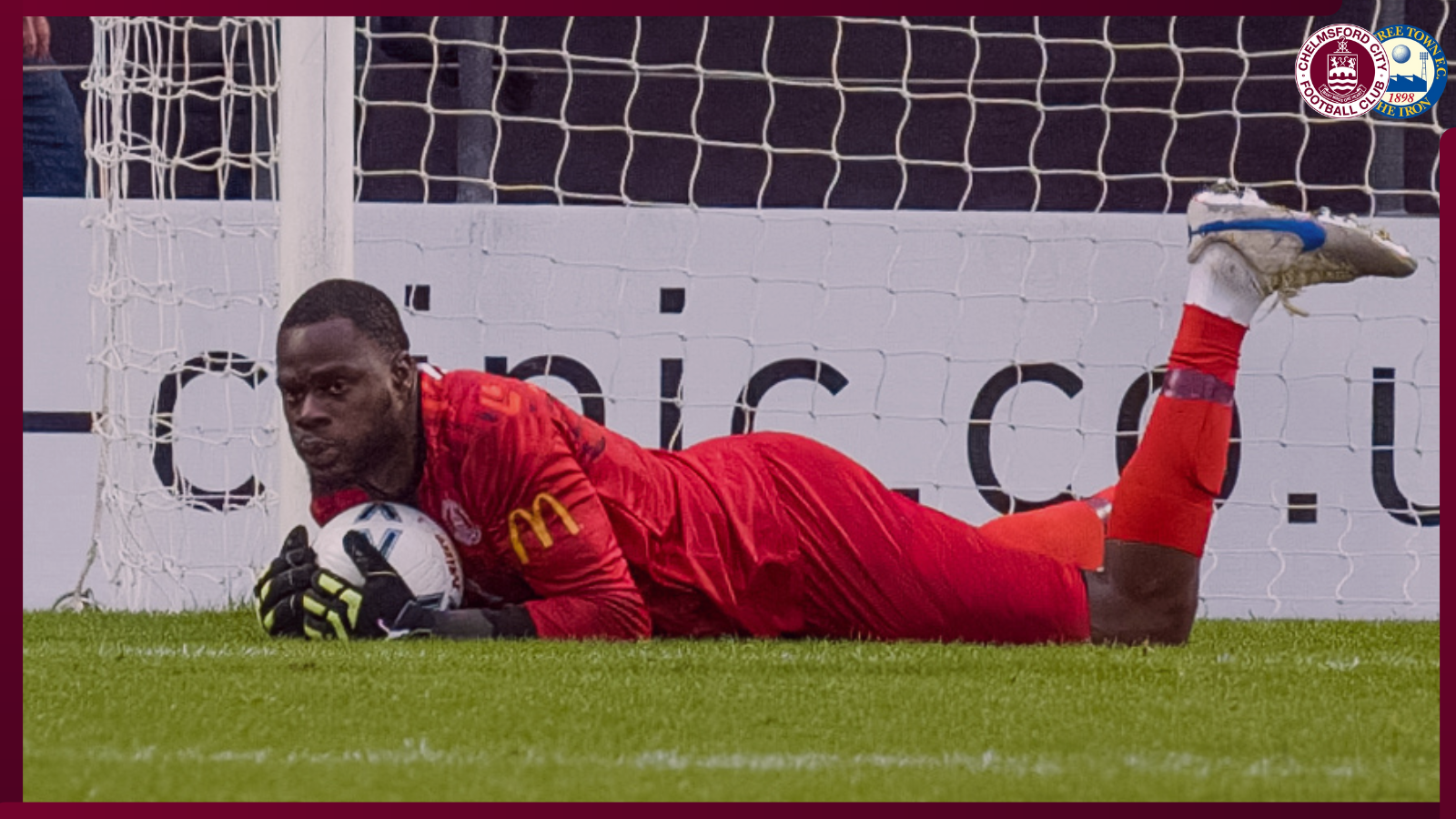 2023 started with local rivalry resumed at the Dunmow group stadium. Braintree had somewhat turned their ground into a fortress, remaining unbeaten in all their home games this season, including a 1-1 draw with Chippenham between both derby games. Chelmsford took their momentum from the 2-0 win on Boxing day, but ultimately it was not to be. The Clarets were pegged back twice after Tom Blackwell opened the scoring and Reece Grant had added another. A superb game for the neutral with lots of end to end action. Robbie Simpson’s men battled hard and will be happy to take a point back to the Melbourne Stadium.

After the 2-0 boxing day win, Chelmsford were forced to bring changes to the eleven. Sadly for the Clarets, on loan youngster Kai Yearn was recalled in the week by Cambridge, hence him needing to be replaced. We wish Kai all the best back at Cambridge and for his bright future! He was replaced by Chelmsford’s latest signing in Arjanit Krasniqi who joined after leaving Dover in the recent week.

Elsewhere, Reece Grant made his first start for City, after his goal sealed the 3 points last time out. This saw Simeon Jackson drop to the bench. A final change was made with Henry Ochieng missing out for Eduino Vaz to return from his suspension. Jamie Yila is still fulfilling his suspension and remains unavailible. Freddie Hockey made the bench as well as Khale Da Costa and Callum Jones both appearing amongst the subs.
Chelmsford kicked us off and immediately the returning Vaz was involved, linking up with Blackwell on the left hand side. Less than 1 minute in and a perfectly waited Liam Trotter chipped ball was headed goalwards by Reece Grant, but was turned behind for a corner. The subsegunt corner resulted in nothing. Braintree were persistent within the early stages but failed to get any proper chances, aside from a shot by, former Claret, Lamar Reynolds, which was well saved. The next chance fell to the Iron again as a ball was clipped in well towards Baris Altintop but his header was an easy catch for Ovie.

Chelmsford rode their luck as a Kyron Farrell free kick was not cleared and mores deflected goalwards, calling Ejeheri into action once again. There was a break in play just 20 minutes into the game, as Jack Sims collided with Harry Lodovica, resulting in him being gifted the ball, despite his part in the heavy challenge with the City striker.
As we reached the halfway point in the half, the deadlock was broken. Liam Trotter turned and pinged an exceptional ball, with the outside of his foot, across the pitch to Eduino Vaz who whipped in a wonderful cross, which was headed in by Tom Blackwell. The striker scored his fourth goal against Braintree, in just his fourth appearance. City took the 1-0 lead after some excellent build up play. Just after the half an hour mark, Reece Grant seemingly looked to counter but referee deemed him to have fouled. The resulting Kyron Farrell free kick was sent over the bar, wasted by Farrell. The Clarets broke forward and should have strolled into a 2-0 lead after Reece Grant broke and pulled it back to Jazzi Barnum-Bobb whose cross was headed well by Lodovica, but inches wide of the post. Chelmsford pilled the pressure on as the hunt for a second goal continued. A beautifully executed one two between Harry Lodovica and Eduino Vaz allowed the left back some good space on the edge of the box, where he fired his effort wide.
Cameron James was Chelmsford’s first name into the book in the 43rd minute as he fired the ball into the Braintree fans, after Matt Rush won an incredibly soft free kick. Braintree were on top at the end of the half, were we saw 2 minutes added on. Braintree’s pressure paid off as in the 46th minute, Kyran Clements tapped in on the line after City failed to clear from a Braintree long throw. Willie Clemons had utilised his long throw well and Braintree were rewarded for it. The two teams went in level at the break as Braintree’s scruffy goal, late on in the half, drew them level.

The hosts kicked off the second half and seemed to have a chance, but Baris Altintop miskicked and produced an air shot. Braintree’s first shot of the half saw Kyron Farrell nearly score goal of the season as he recieved the ball back from the corner and fired a shot at Ejeheri, who stood firm to make another good save. Ovie rolled the ball to Vaz and Chelmsford looked to counter. Vaz fired the ball long and Reece Grant latched onto it, however with a poor touch. Jack Sims hesitated and gave Reece too much time and the striker made it two in two with the Clarets and wheeled away in celebration. Reece Grant scored another against his former team, as Chelmsford regained the lead after just 4 minutes of the second half. The goal was ultimately made easier after Jack Sims failed to react to Reece Grant’s wayward touch. The goal certainly made up for the poor touch.
A mass goalmouth scramble followed as a Braintree corner fell in the box and was cleared off the line by both Cameron James and Dave Winfield. The corner was cleared but only as far as Lamar Reynolds who beat Reece Grant and this time there was a goal of the season contender. With the outside of his boot, he found the top left hand corner, leaving Ovie rooted to the spot. The score was level once again with just over 10 minutes played in the second half. Chelmsford got chances again as Frankie Terry put another good free kick in which was well won by Dave Winfield and fell at Reece Grant’s feet. However, Grant was offside but was still bundled down by the Braintree defenders. Robbie Simpson turned to the bench after 63 minutes played. Goalscorer Reece Grant was replaced by Simeon Jackson and Callum Jones made his way onto the pitch, replacing Harry Lodovica after yet another good performance by the striker. Both teams kept the tempo up with half chances seeming to arise, but nothing to danger either keeper.

With 70 minutes on the clock, Henry Ochieng came on for Jazzi Barnum-Bobb and Chelmsford looked to change the game. A golden opportunity nearly fell at the feet of Reynolds again as the ball was fizzed in, only for his touch to take it just out of his reach and into Ovie Ejeheri’s hands. With just under 75 minutes played, Tom Blackwell’s free kick was beautifully met by the head of Simeon Jacks whose header crashed against the bar. Yet another goal mouth scramble followed but no one in Claret seemed to send it goalwards. Arjanit Krasniqi got himself into the book with 80 minutes on the clock. He dragged down the Braintree man and gave them a good crossing opportunity from a free kick. The free kick was put in well, but missed everyone and narrowly went wide of the post, allowing Chelmsford to breath a sigh of relief. Braintree yet again piled forward as they counter attacked with Chris Regis getting a good shooting opportunity, only for him to smash it against the defender, and not trouble Ovie.

Braintree continued to be on top and came at Chelmsford, attack after attack. Jon Benton got himself a good yard but sent his effort high, wide and out of the ground. With 2 minutes on the clock, Baris Altintop had one of the best chances of the game as the ball fell to him in the six yard box, but the defender could do nothing but hit it straight at Ejeheri, then returned to normality as he gave away another foul. 5 minutes was added on with the possibility of a goal high, for either side. The five minutes was filled with brief chances but the game ended all level, 2-2. Chelmsford and Braintree producing yet another cracker as the Clarets started 2023 with a point on the road.

Chelmsford City Football Club are hosting a Football Camp on Wednesday 15th February and registration is now open!  The details… 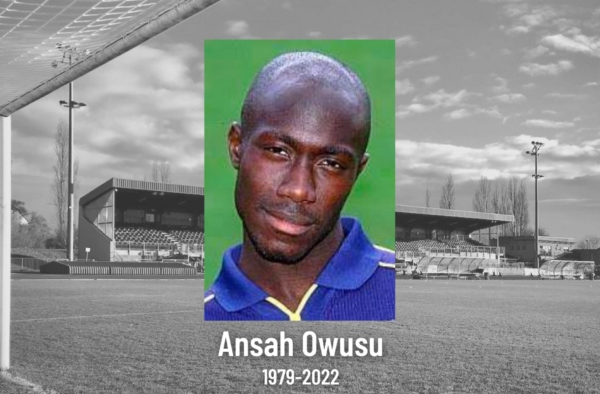