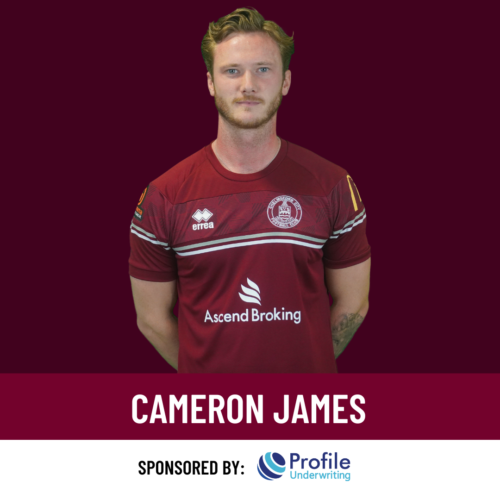 Cameron returned to City for a second spell in August 2020 after leaving Colchester United, where he made 31 appearances in all competitions, including both League One and League Two. Chelmsford-born James, 24, spent time out on loan with Maidstone United and Welling United for the 2019/20 season. He made 10 appearances for the Wings, scoring two goals, and featured primarily as a right wing-back. Cameron initially joined City in January 2018 on loan from Colchester and made his debut in the 2-0 win against Chippenham Town. He made 6 appearances before injury cut his season short. The versatile defender can play centre-back, right-back, and central midfield. Cameron passed 50 appearances for the club last season.