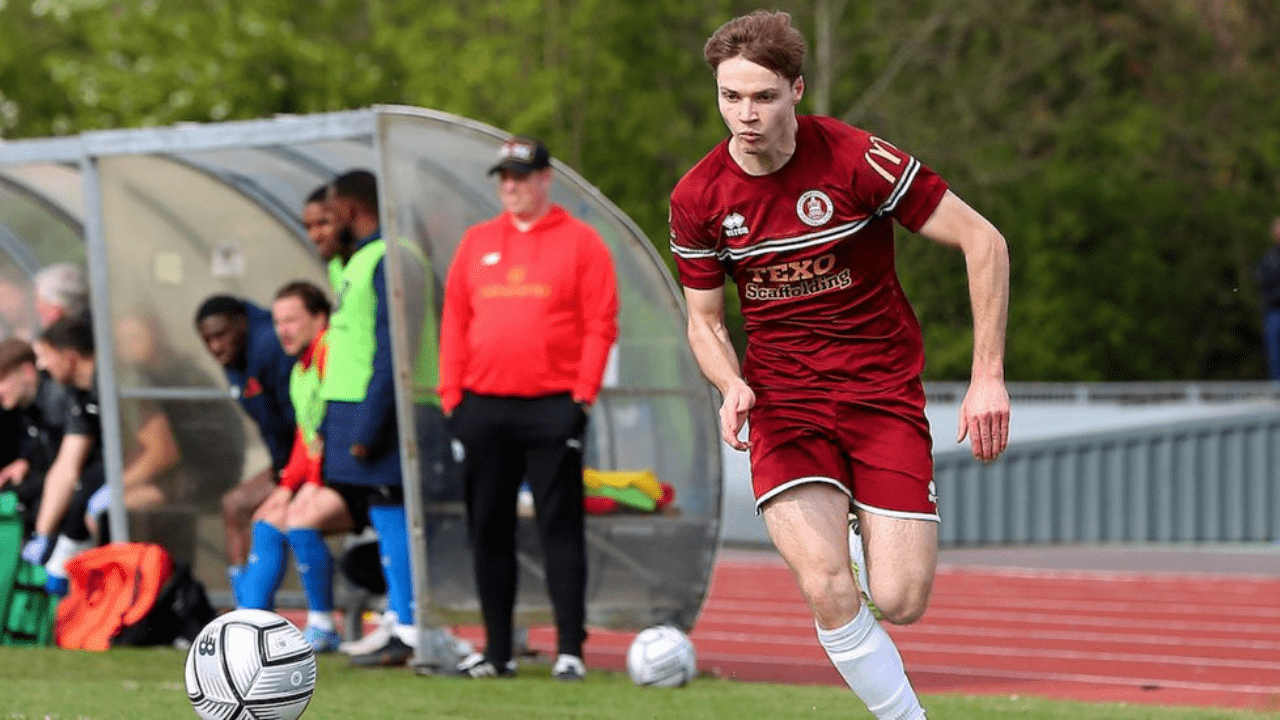 It was a game manager Robbie Simpson described as Jekyll and Hyde such was the gulf in fight he saw in either side of the halves.

The first major moment in front of goal fell to Cameron James whose effort was cleared off the line from Slough Town’s big-haired Aaron Kuhl.

James was involved again just before the half-hour mark as he saw his first-time shot saved well by Jonathan North.

The visitors took the lead two minutes later when Lee Togwell slid in George Hunt as he ran into the box and fired off a shot into the bottom left-hand corner which Kai McKenzie-Lyle couldn’t reach.

The visitors came close to doubling their lead five minutes later as Togwell’s effort surprised many as what initially looked well beyond the goal, skimmed the cross bar as he hit a volley sweetly from behind the D following a Slough corner.

At the beginning of the second-half, Simpson introduced captain, Dave Winfield, as the Clarets looked to get themselves back in the game.

Disaster loomed though, as Winfield was shown a straight red within minutes of being on the pitch. A high boot made full contact with the ball but also clashed with Kuhl’s knee on the way down, leaving the referee little choice but to give the centre back his marching orders.

Going down to ten men forced Simpson to make tactical changes which if anything spurred the team on to find another gear.

Despite being a man down, the Clarets continued to push for an equaliser and looked good value for a draw.

Tom Blackwell was kept in the thick of the action as a gently lofted ball from Matt Rush fell nicely into his path as he breached the 18 yard line, but under pressure he shot wide with his weaker left foot.

Substitute Simeon Jackson arguably came the closest to finding an equaliser as the striker rounded North, but his snatched effort failed to hit the target.

Then came the big moment. An interesting corner routine between Louis Dunne and Chez Isaac had eyebrows raised, however, City clearly had a plan as Isaac found Blackwell in space outside of the box who drilled through a sea of bodies with such venom that after beating North it ricocheted off the advertising hoardings.

With both sides pushing for a winner, Slough thought they had won it with two minutes left through a poachers finish from Goodrham in front of the away fans. Their celebrations were swiftly crushed for offside though, a decision that admittedly few saw coming.

McKenzie-Lyle first saved Imran Kayani’s low effort with his feet which sent the ball spiralling up into the air which was Goodrham nodded in before being ruled out.

Almost immediately after the offside incident, Jackson broke through Slough’s high defensive line but keeper North closed down the space and stood tall to deny City a last minute winner.

With neither side able to find the back of the net, the referee blew up for full-time securing Chelmsford’s survival due to Billericay Town’s defeat to Bath City.

Dave Winfield’s sending off early into the second-half was arguably the major moment of the game.

With the Clarets already a goal down against promotion-chasing Slough, their task was made that much harder as they sought after an equaliser.

Despite this, Simpson’s team rallied and finished the second-half as they had started it, on the front foot.

The Clarets return to the Vanarama National League South on Saturday 30th April, with an away fixture at league leaders Maidstone United to look forward to.

Despite mathematical safety secured, Robbie Simpson’s side will be eager to finish the season strongly.

Ticketing details for this fixture can be found here. 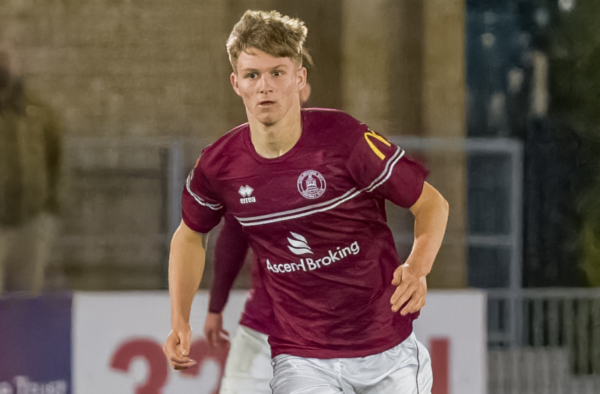