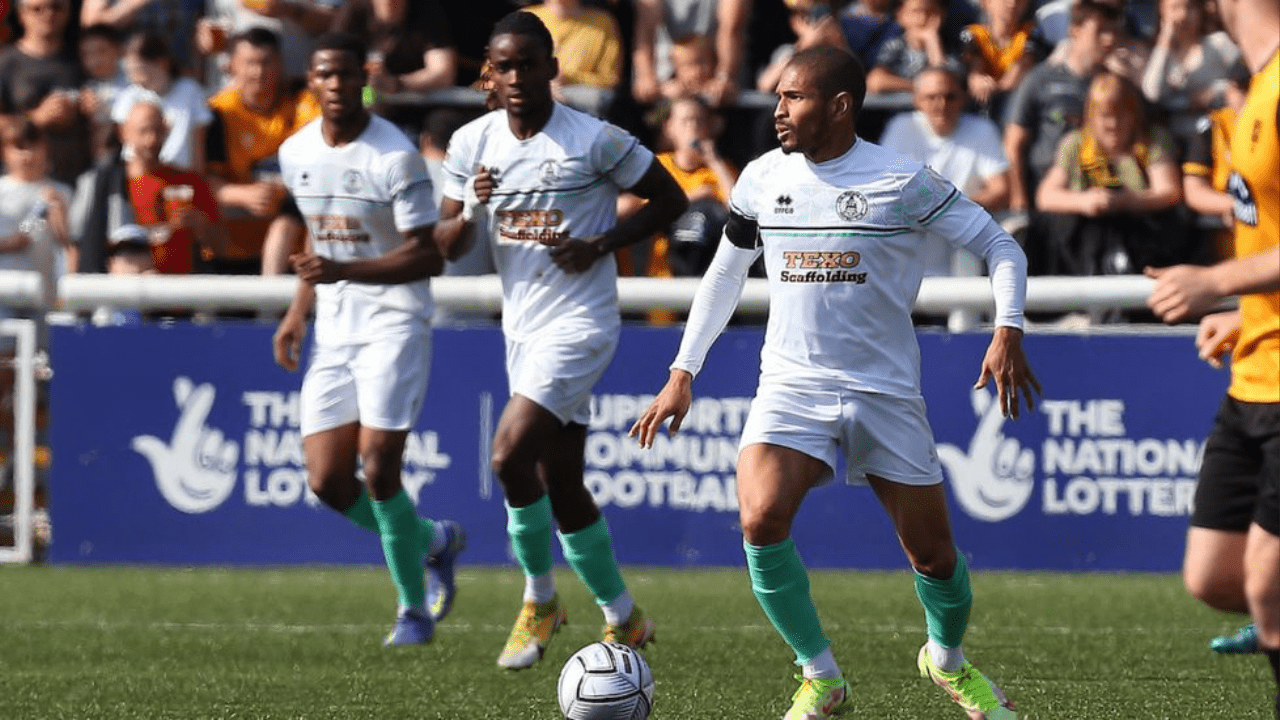 A dominant second-half display from Maidstone United ensured a 3-1 victory in front of their home supporters at the Gallagher Stadium.

Goals from Jack Barham in the first-half, followed by Hady Ghandour and Roarie Deacon in the second set the Stones on their way to clinching the Vanarama National League South title.

Simeon Jackson grabbed a consolation goal six minutes from time, his first since returning from his long term injury layoff, but it was not enough to stage a comeback for the Clarets.

It was a busy opening 15 minutes of the game, with both sides creating chances, the best of which fell to City captain Charlie Sheringham.

Louis Dunne’s corner from the right-side picked out Sheringham unmarked, but the strikers headed effort was brilliantly saved by the outstretched hand of Tom Hadler.

As the first-half continued, the hosts started to dictate the tempo, forcing McKenzie-Lyle into three good saves.

The Maidstone eventually pressure paid off though just two minutes before half-time.

Deacon’s cross from the left flank was met by Barham at the front post, as the striker poked the ball past the City ‘keeper.

The Stones then started the second-half the way they finished the first, on the front foot.

Goal scorer Barham was unable to continue shortly after the break and was replaced by former Chelmsford loanee Hady Ghandour.

It didn’t take long for the on-loan Charlton forward to make an impact either, as just two minutes later he capitalised on a loose ball in the City half and drove into the box and finished well into the bottom corner to double Maidstone’s lead.

Following this, the Stones stepped up another gear and continued to look a threat, causing the City defence concerns and forcing McKenzie-Lyle into more fine saves to keep them at bay.

The relentless pressure from Maidstone proved too much to handle though, as Deacon grabbed a third nine minutes before time with a calm finish in the box.

City substitute Jackson pulled one back three minutes later, flicking a header past Hadler from Tom Blackwell’s whipped free-kick into the Stones box.

Deacon had a chance to get his second and Maidstone’s fourth late on after a challenge from Adebola Oluwo caused the winger to go down in the box, but the attacker blazed his penalty way over the bar.

With second-placed Dorking Wanderers’ loss at St Albans City confirmed, the full-time whistle caused the Gallagher Stadium to erupt with celebration with supporters flooding the pitch to congratulate their heroes. 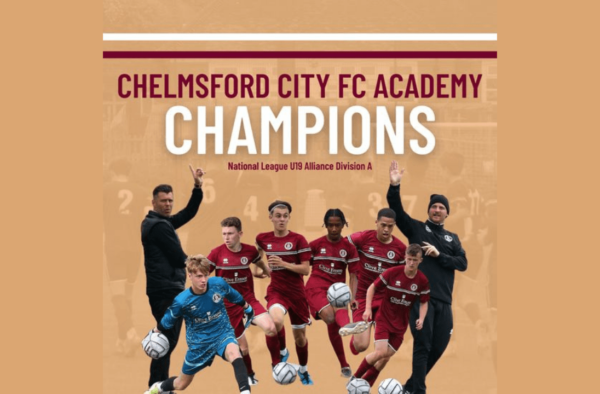 We're delighted to confirm that our Clarets Academy have been named 2021/22 National League U19 Alliance Division A champions.…