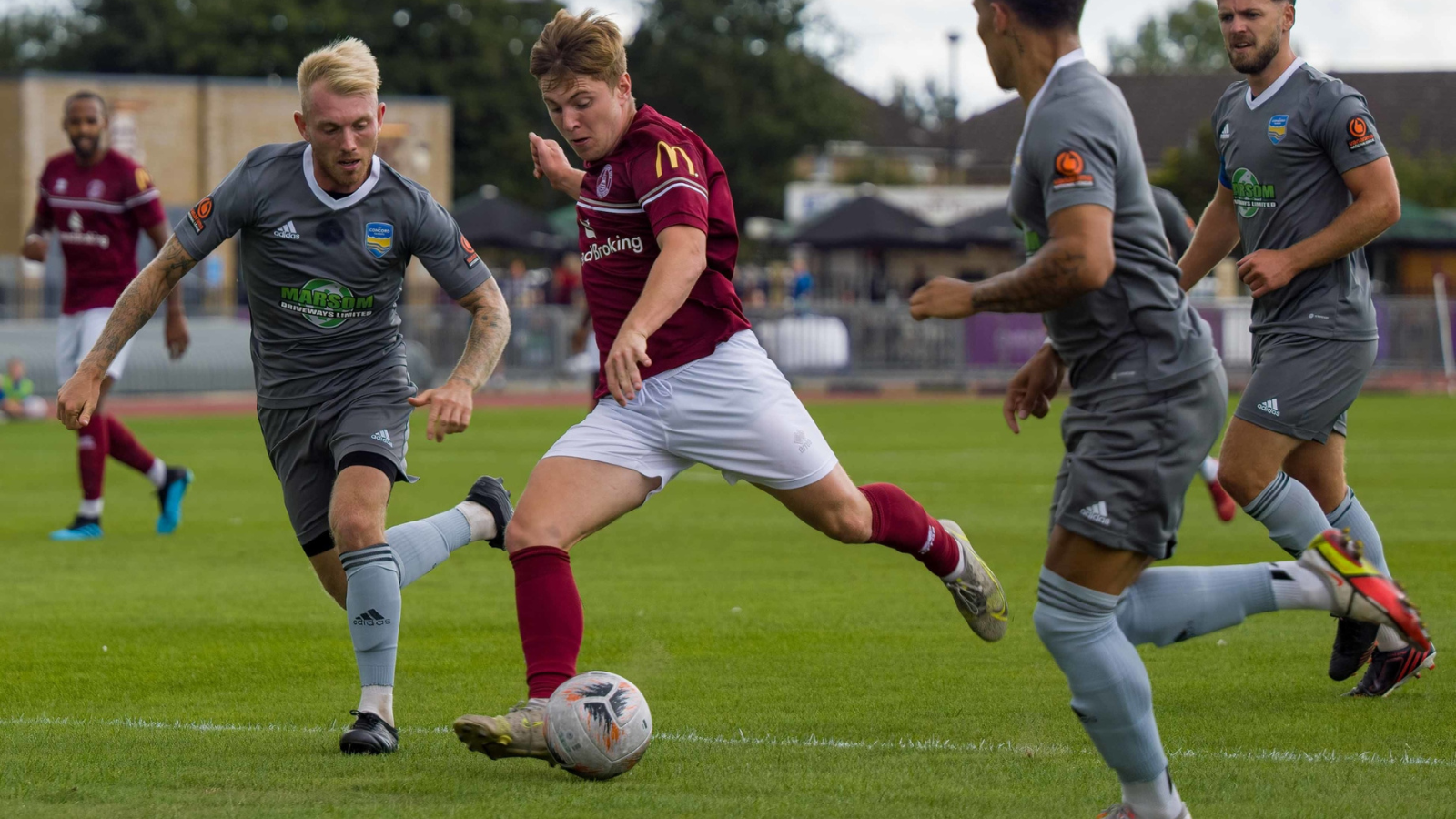 Chelmsford City made it 6 unbeaten at the start of the season with a 1-0 victory over Concord Rangers in the Vanarama National League South yesterday.

In truth it should have been much more than just Charlie Ruff’s first goal for the Clarets but it was enough for the Clarets to take maximum points from the August Bank Holiday weekend fixtures. Ruff made the goal himself as he burst through the away defence and struck a left-footed effort that deflected past Melvin Minter in the Beachboys goal. Harry Lodovica and Freddie Hockey missed good chances in the first period and City were almost made to pay as Chelmsford’s bar was struck twice in the second half but in the end City were the main aggressors and a bigger difference in the scoreline would not have flattered Chelmsford.

With this being City’s 4th game in 9 days, Chelmsford City manager Robbie Simpson rotated his squad, making 3 changes from the Welling game. Cameron James was injured in that game so Henry Ochieng moved to right back and Louis Dunne came into midfield. Devonte Aransibia and Tom Blackwell were rested so Charlie Ruff and Freddie Hockey came into the starting XI. It was Ruff’s first start since the opening day and Hockey’s first start since May which was against the same opposition. Youngsters Evan Payne and Anisius Lewis were also named in the matchday squad for the first time this season.

After an even start, Ruff made an immediate impact. A header from Liam Trotter found the midfielder about 40 yards out. He then shrugged off the challenges from Ryan Blackman and Danny Green while bursting into the area and then he struck a left-footed effort which may have taken a slight deflection as the ball made its way into the bottom right corner past Melvin Minter.

After the opening goal the chances came City’s way on a regular basis. Firstly Simeon Jackson was denied by Minter from 20 yards and then the visiting keeper snaffled the ball at the feet of Hockey after he was put through 1-on-1. Concord threatened briefly and former Claret Nana Kyei shot just wide of the post but from the resulting goal-kick, Hockey was once again found in space but Minter saved the shot going across goal. Harry Lodovica then had the next chance as he was found in the area but under pressure from a defender he fired over the bar with his left foot.

The away goal was living a charmed life and an inspired first-half performance from Ruff was creating multiple chances for City and he was wowing the 1212 in attendance with tricks and flicks. Melvin Minter in the Concord goal was also having a great game and numerous chances fell to City, which meant that the 1-0 halftime scoreline flattered the away side. Even visiting manager Chris Search stated in his postmatch interview that if they had been 4-0 down at the break he would have had no qualms.

The second half began as the first with Jackson flicking a free-kick wide but Chelmsford had a scare when a deflected cross from James Blanchfield looped up and was tipped onto the bar by Jacob Marsden. Hockey once again almost opened his account for the club as his cross-shot just whistled wide and shortly after this, he was replaced by Tom Blackwell. It was Blackwell’s 50th appearance for City. Concord once again hit the bar via a cross as Nana Kyei’s left-wing ball was headed onto the woodwork by City’s Ade Oluwo but Eduino Vaz bravely blocked Louis Ramsay’s follow-up. Kyei again was lively a few minutes later but his shot in the area went across goal and wide.

Chances kept coming at the other end to kill the game for City as Minter continued his stand in the Concord goal. Simeon Jackson was denied from long range and then Tom Blackwell fired into the side-netting. When the game is only 1-0, there is always a possibility that the other side can get back into the game and this was always the worry for City. However Chelmsford could have scored again in injury time when Lodovica fired at goal but again Melvin Minter was there to block.

One goal was enough though and City kept their unbeaten record at home to 7 games, stretching back into last season and it was the first time back-to-back wins at home had been secured since beating Braintree in December last year and then Bath in January.

Player of the Match: Ruff 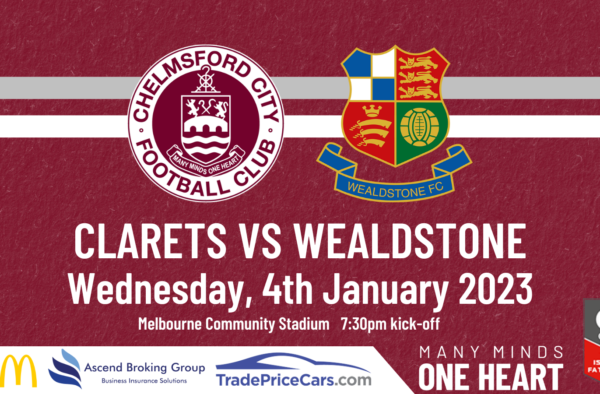 Ticket details for the visit of Wealdstone in the Isuzu Buildbase FA Trophy Third Round. Tickets are now available… 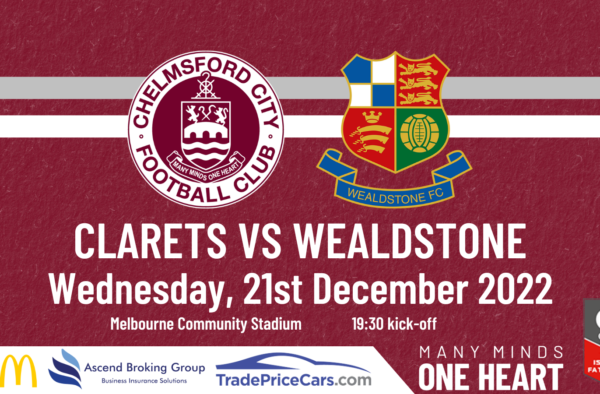 Our Isuzu Buildbase FA Trophy Third Round tie with Wealdstone has been rearranged for Wednesday 21st December. Kick-off will…