Freddie will also be available for selection as Bowers’ take on Bishop’s Stortford away this evening.

Hockey, 17, played at Colchester as a youngster, before moving to Chelmsford before the 2021-22 season. After scoring against Boreham Wood in pre-season last campaign he became involved with the first team. He became the club’s second youngest player when he started against Maidstone United in August 2021 just after his 16th birthday. He scored in the final as Chelmsford City Academy won the National League Youth Alliance Champion of Champions trophy last season. He notched 2 goals in pre-season this year including a stunning strike in the 5-0 friendly win away to Bowers & Pitsea. Hockey has made 28 appearances in total for the club’s first team, including 3 this season.

Chelmsford City manager Robbie Simpson commented, ” I think it’s a great chance for Freddie and Bowers & Pitsea that we have managed to agree this dual-registration. Freddie’s minutes have been limited this season although in those minutes that he has played he has done really well and shown he can play at our level at the moment.

However, we need to keep Freddie’s development at the forefront of our minds and that is unselfish in the short-term but selfish in the long-term because we want him to be and he will be an important player for our first team in the near future. He’s at this stage in his development when he needs to play regular minutes at a good level. He went out and had a spell at Hullbridge last season and he came back a miles better player for it so we want the same to happen with the Bowers spell.

I’m really pleased that we’ve managed to get this done with Bowers. I know they’ll look after him well as I’ve known Paul Hayes (former Football league striker and Bowers & Pitsea director of football) since we were at Norwich together as 16 year olds. He’s a big fan of Freddie as he impressed them when he scored against them in pre-season. They’ll give us constant feedback on his performances which will be good for us. It’s just a really good opportunity for Freddie and us to get him ready even more and to help him in his development.”

All at Chelmsford City wish Freddie good luck in his time with Bowers & Pitsea.

The Clarets have been drawn at home to Coggeshall Town in the BBC Essex Senior Cup Fourth Round Draw.… 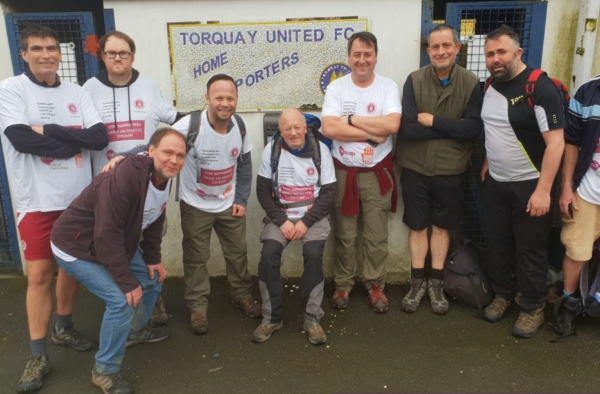 A group of Chelmsford City supporters are currently raising money for a sponsored walk from Land’s End to Winchester.