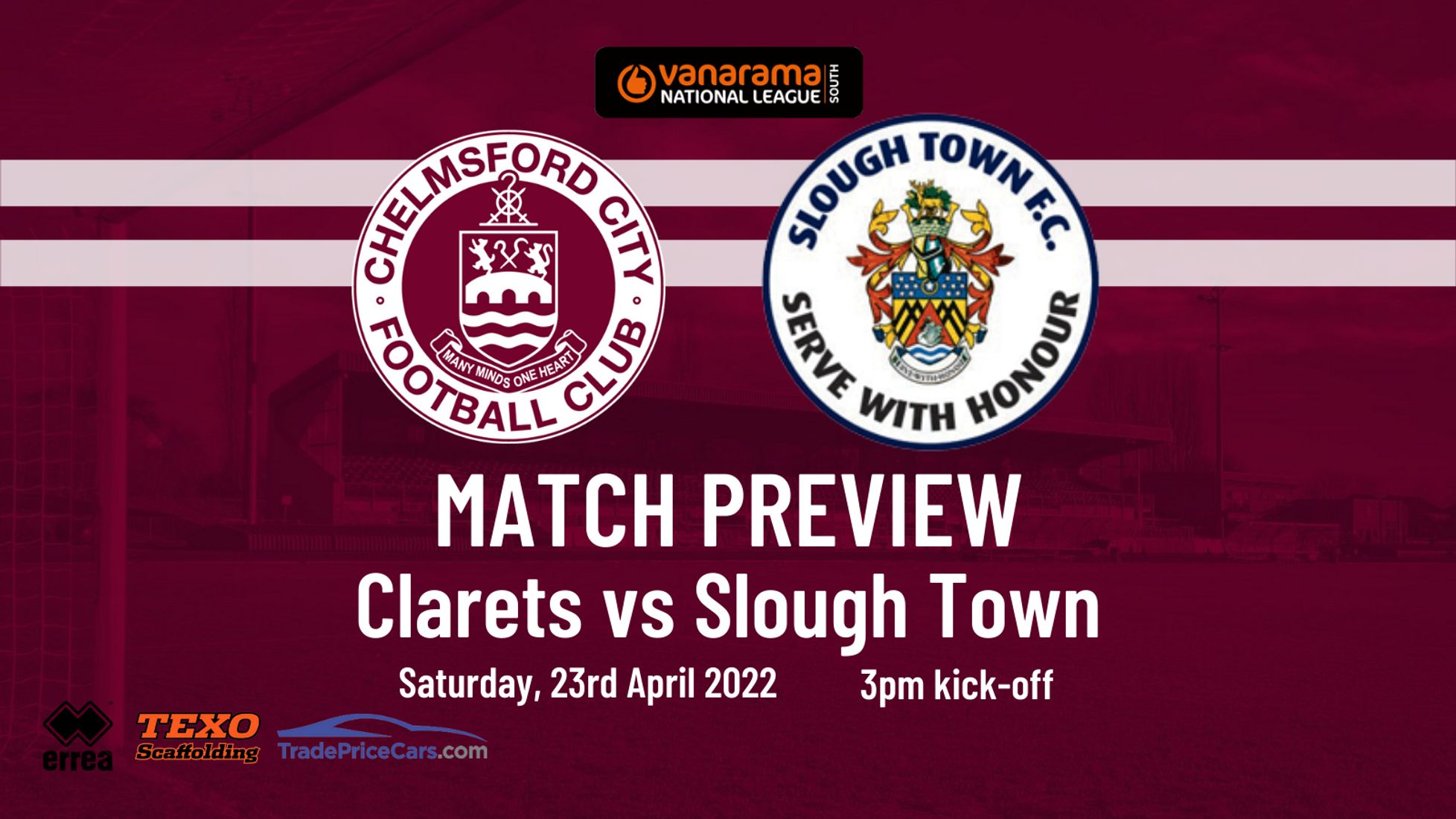 A win or a draw for the Clarets, and a Billericay loss against Bath City, would confirm their safety with three games left to play.

Chelmsford last welcomed Slough to the EMG Inspire Stadium in February 2020, a few games before the 2019/20 season was curtailed prematurely due to the COVID-19 pandemic.

A goal from Joseph Chidyausiku on the hour-mark gave Chelmsford City hope of claiming all 3 points and back-to-back wins, only for Ryan Bird to cancel out their opener just 6 minutes later.

Following a scrappy affair in the first-half and the visitors’ positive start to the second-half, it was Chelmsford who took the lead on the hour mark through Chidyausiku.

The striker took advantage of a defensive mistake by Slough, rounding the on-rushing ‘keeper Jack Turner, and finishing calmly into an empty net to score his first goal for the Clarets.

Slough responded quickly though and equalised with 24 minutes left to play.

Matt Lench’s deep free-kick went all the way through the crowded box to the back post, as the unmarked Bird headed the ball past Laurie Walker.

There was nothing to separate the two teams as both sides settled for a point in Essex.

Tickets are available to be purchased in advance of the 3pm kick-off and can be bought by clicking here. Further ticket info can be found here.

A late Deon Moore strike was enough to give City a vital three points at the EMG Inspire Stadium against Essex rivals Billericay Town.

The game began in typical derby fashion, with both sides aiming to attack from the offset. City seemed to just have the edge within the opening 15 minutes, with Charlie Sheringham managing to force two good chances.

Sheringham continued to show his danger five minutes later, as he got on to the end of an Eduino Vaz cross at the back post, however, failed to challenge Zaki Oualah in the Billericay goal.

City’s early dominance flourished brilliantly as Matt Rush collected the ball midway through the Billericay half and danced his way into an excellent position before hitting the top right corner.

The visitors then earned a corner which, after an action-packed break in play as the referee sorted an altercation, was put in by the substitute Toby Stevenson to equalise.

The game continued to display high tempers into the last five minutes of the half, with Billericay starting to put their stamp on affairs after a quiet start.

The game quietened down through the seven additional minutes, and both sides re-entered the tunnel with score level.

City were fastest out the blocks following the interval, with Tom Blackwell doing well to keep the ball in play while charging down the left, his cross narrowly missed those arriving in the penalty area.

The Clarets continued their pressure throughout the opening minutes, with Sheringham’s aerial presence again being viewed as the focal point the City our attack.

Blackwell again managed to get himself into a dangerous position down the left flank, again with a fast-paced ball across the box that was well saved by Oualah.

The game continued to be an end-to-end affair with our visitors forging some good opportunities, most noticeably with Josh Wright down the right side, however, some great strength from Adebola Oluwo dealt with this effort.

Proceedings in the second half were not as fiery as the first period, however, both teams continued to push, Femi Akinwande tried his luck from distance but the shot was well wide.

As we entered the final five minutes of regulation time, a training ground routine involving Vaz and Blackwell, who again managed to cross, and this time the ball found Deon Moore who smashed home for 2-1.

City retained possession throughout the final minutes, and the referee blew for full-time, much to the excitement of the Clarets fans.

Slough currently sit 12th in the table on 47 points, following two wins, two losses and a draw in their last five games.

The Rebels have an outside chance of reaching the play-off positions, sitting 5 points behind 7th placed Havant & Waterlooville, who occupy that final play-off spot.

Mathematically it is still possible for Slough, but they have stiff competition around them with Hungerford Town, Dulwich Hamlet, St Albans, Chippenham Town and Hemel Hempstead Town all battling it out for a chance at promotion to the National League.

Slough of course started their 2021/22 campaign with a 1-0 win against ourselves at Arbour Park back in August.

However, the Rebels would have to wait 2 months before picking up their next 3 points, in a 2-1 win away to Havant in October.

Outside of league action they stumbled at the first hurdle in the Emirates FA Cup, suffering a shock 3-1 loss at home to Isthmian League South East Division side Whitehawk.

They were also knocked out in the early stages of the Berks & Bucks FA Senior Cup, with a 5-1 defeat away to Southern League Premier Division South side Beaconsfield Town.

Their run in the Buildbase FA Trophy was a bit more successful as they reached the fourth round of the competition.

Slough’s dangerman this weekend would appear to be striker Alfonso Tenconi, who has 10 goals in all competitions for the Rebels this season.

The young striker has come up through the youth ranks at Slough, featuring for their under 19’s and under 23’s teams before making his first senior appearance against Havant in October 2021.

It didn’t take him long to score his first goal either, netting in the 2-1 win against Bath in front of the home faithful just 3 days later.

Most recently this month Teconi, 18, was nominated for Young Player of the Season in the Berkshire Football Awards.

Rebels joint manager Neil Baker also confirmed in December last year that the striker would remain at Arbour Park for the remainder of the 2021/22 season during his gap year, before continuing his education at university in the United States.

The Clarets came close to opening the scoring inside 10 minutes, with Charlie Sheringham rising highest in the box following a cross and hit the post with his header.

Over the remainder of the half, neither side enjoyed a clear-cut chance despite enjoying plenty of the ball.

The best chance for the hosts came after Eitel Goueth got in behind Dave Winfield down the right wing but his cross was just cleared by Adebola Oluwo.

Following the half-time break, the Rebels began with intent but again struggled to force a clear chance.

City quickly grew into the half, though, and Tom Wraight tested Jonathan North from distance within 10 minutes of the restart.

Callum Harrison was next to have a chance, having been set in one-on-one by Sheringham, but his effort was well saved by North.

Despite the City pressure, the hosts took the lead midway through the half with Tom Derry meeting a Max Worsfold cross to find the back of the net.

Following the goal Louis Dunne, Callum Jones and Adam Morgan were all introduced by Robbie Simpson in relatively quick succession.

City still struggled to create any clear chances following the substitutions, though, and Slough looked to wind down the clock.

With just minutes remaining, Derry went close to doubling Town’s score but his effort from inside the box cannoned back off the crossbar.

Despite five minutes of added time, the Clarets couldn’t force a chance to find the equaliser at Arbour Park. 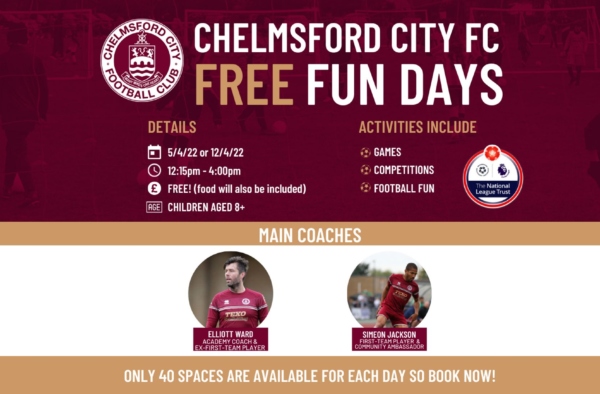 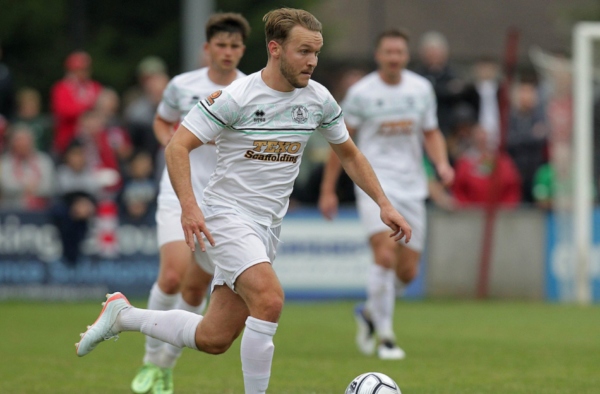